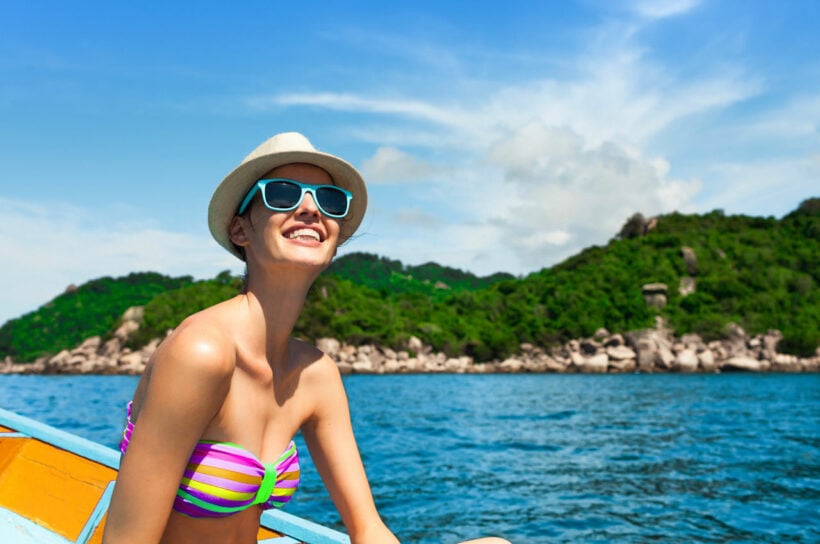 Thailand’s PM has pushed back the introduction of a 300 baht ‘entry fee’ for international tourists arriving in the kingdom. Since Test & Go, Sandbox and other entry restrictions were dropped on May 1, Thailand has experienced a surge in international arrivals. If tourism levels continue to climb and significantly improve national income this year, it might not be necessary to introduce the entry fee… yet, according to PM Prayut Chan-o-Cha.

However, the tourist ministry has earlier suggested the fee could be introduced in August or September this year.

A tourist tax, arrival or departure tax, is nothing new. The ‘surcharges’ have been added from time to time in the past. Tourist ‘taxes’ of up to 500 baht have been levied in the not-so-distant past of Thai tourism.

Introducing a Thailand Tourism Fee – or TTF – is not as simple as it sounds. If airlines include the surcharge as part of their airfare, they will have to find a way of exempting Thai nationals, government officials, diplomats, foreigners with work permits and children under the age of 2, according to guidelines set by Thailand’s Tourism and Sports Ministry.

If you are a foreign retiree or married to a Thai, but don’t hold a work permit, you might still need to pay the fee upon entry to Thailand even if you don’t consider yourself a ‘tourist’.

Government spokesperson Thanakorn Wangboonkongchana said the extra cash would act as ‘tourist insurance’ and help pay for medical bills in the event that a tourist got into an accident, which is a common occurrence.

On April 13, British martial arts champion Chris Richardson got seriously injured when he pulled out of a coffee shop in Koh Samui on his motorbike and was crushed by a pickup truck. The first two days of his hospital treatment cost his family over 1.1 million baht, so cases like Chris’ could benefit from the introduction of the tourist fee, if the money really was put towards tourist accident insurance.

However, PM Prayut says the scheme needs more “thought put into it”, and he’s right. The spokesperson confusingly added that 80% of the income made from the entry fee would be spent on developing and maintaining tourist attractions. If that’s the case, we can’t imagine there would be too much left in the savings pot to spend on helping tourists who get into accidents.

Thailand’s levels of tourism are steadily increasing for the first time in 2 years, so the last thing Thailand needs is for an entry fee to put off potential holidaymakers from spending their money in the kingdom. Even though the numbers are slowly increasing they’re still below 10% of pre-Covid travel arrivals.

palooka
1 hour ago, harry1 said: and who be paying the tourists who over the last year have lost thousands due flip flop rules Apply for a refund from Thailand Tourist Association. Application form filled out in triplicate. 3 copies…
JJJ
4 hours ago, palooka said: Pnut is back peddling. He thought he could just say pay 300 baht and get the airlines to collect. Think the airlines may have told him where to shove it. Totally agree. Lufthansa, BA, Emirates,…

PapayaBokBok
5 hours ago, BIGGLES said: IT'S JUST A MONEY GRAB. wait a minute--are we talking about thailand??????...
Janneman
Most tourists already have a travel insurance to cover the cost of accidents, unexpected medical care etcetera. I do not care about the 300 bath, lots of countries have someting like that. Usually 10-20 dollar, to be paid in cash…

Is Bare Knuckle Fighting in Pattaya barbaric or an Entertaining combat sport?