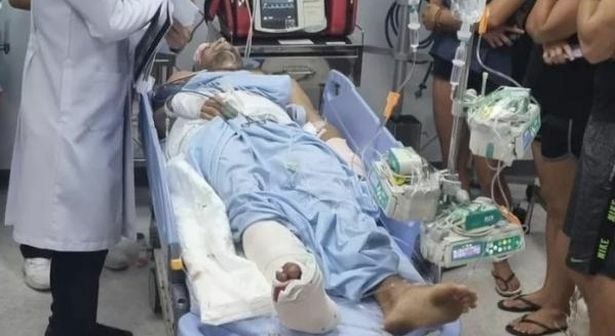 A British Muay Thai fighter is undergoing surgery in Bangkok after he was involved in a serious road accident in Koh Samui on April 13. Chris – a 32 year old martial arts champion from York, UK – pulled out of a coffee shop on his motorbike when he was crushed by a pickup truck. Chris survived the incident but sustained multiple injuries and broken bones in his skull.

Chris received emergency treatment at a hospital in Koh Samui for three days and was later flown to a hospital in Bangkok where he is now undergoing multiple operations. Over two weeks have passed since the accident and Chris is still bed-bound with a badly infected open wound on his foot. In the coming days, Chris will receive facial and eye surgery to repair his broken cheekbone and fractured orbital floor.

The first two days of Chris’s hospital treatment amounted to ฿1.1 million, or £25,000. His family has launched a GoFundMe page to raise £60,000 to pay for his hospital bills in Thailand because Chris is too badly injured to fly home to England to seek medical treatment. So far, Chris’s family has raised over ฿1.5 million baht.

Chris “miraculously didn’t die or have any brain or spinal injuries,” said his elder sister Emmy.

“The insurance company has been assessing the case, although we think it unlikely that they will pay, a decision has not been made yet and as a result our family has had to pay out significant sums of money.”

If Chris’s insurance ends up covering his medical bills, all donations will be refunded, Emmy added.

Chris has lived in Thailand for the past nine months and recently won his first Muay Thai contest. 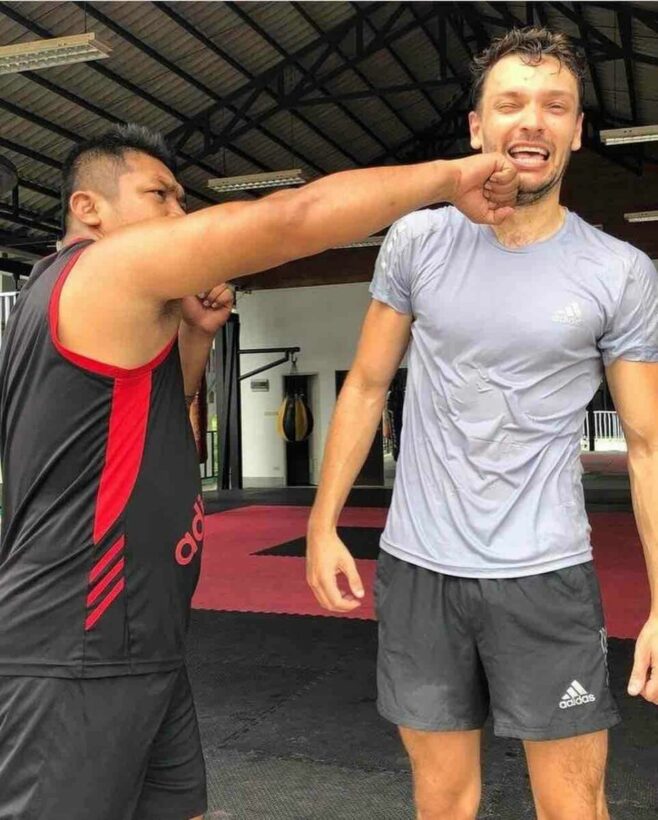 Fanta
18 minutes ago, Nivram said: That is why the government should impose an airport tax on all foreign entries into Thailand to cover medical costs incurred and unpaid by foreigners who do not have adequate insurance coverage. They have. It…

birdman
29 minutes ago, Nivram said: That is why the government should impose an airport tax on all foreign entries into Thailand to cover medical costs incurred and unpaid by foreigners who do not have adequate insurance coverage. A good chuckle,so…
HolyCowCm
They just need to implement insurance policy plans for everyone. Long timers pay at the renewal and visitors and tourists by means on air ticket as is being done now. Problem with this might be how long will the coverage…

Guest1
22 minutes ago, birdman said: Already 500 Baht and soon an extra 300,why not? You see how that works? You are still in the 500B number, b/c you may have paid it over the counter, "decades" ago. But that is…
Vigo
16 hours ago, Ramanathan.P said: It is normal for insurance companies to find all the excuses not to pay....in this case I have a strong feeling that the insurance company might focus on the motorcycle to avoid the insurance payment......…