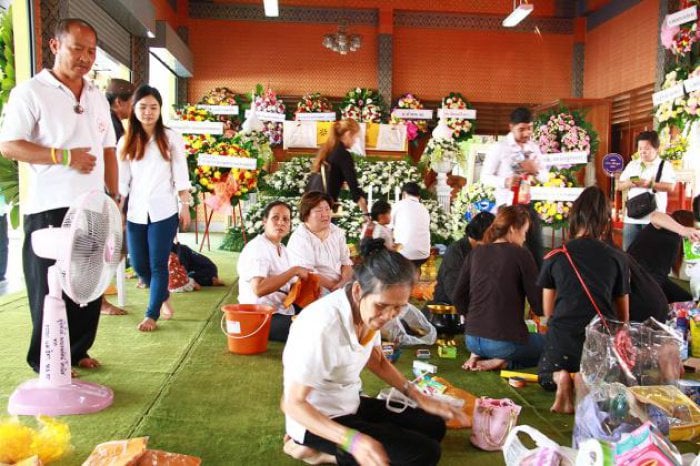 PHUKET: THE family of a Thai woman who died after falling off a cliff near Taktsang Monastery in Bhutan on Friday dismissed conjecture yesterday that she slipped while taking a “selfie”.

The body of Navarat Borwornjirapat, 58, arrived on the weekend and is being held at a temple in Samut Prakan’s Phra Padaeng district until the cremation on Saturday.

Her husband Wut said she went to Bhutan with a group of friends on a tour booked in Thailand. She loved to travel and visit temples. It was her first trip to Bhutan, he said. But he could not keep in contact with her because there was no phone connection.

His wife’s friends called him on Friday, saying she died while walking down a cliff to a restaurant after worshipping at the cliffside temple.

“The spot where she fell does not have any railings or barriers. It is unlikely that she took a ‘selfie’ at the ledge, which is only 40-50 centimetres wide. Nobody could do that.

“Her friends said there were barriers on other stretches but not at the place where she fell,’ he said.

She said she was not sure if it was an accident. She would wait for the results of an official investigation.

“My sister was a religious person and did not like to take ‘selfies’. She did not have Line, or Facebook. She did not use any communication technology though she had a smartphone,’ she said.

She urged the media not to spread false reports that put her sister in a bad light.

“Though it’s hard for us to come to grips with her passing. We are embracing positive thinking that she died in a sacred land,’ she said.