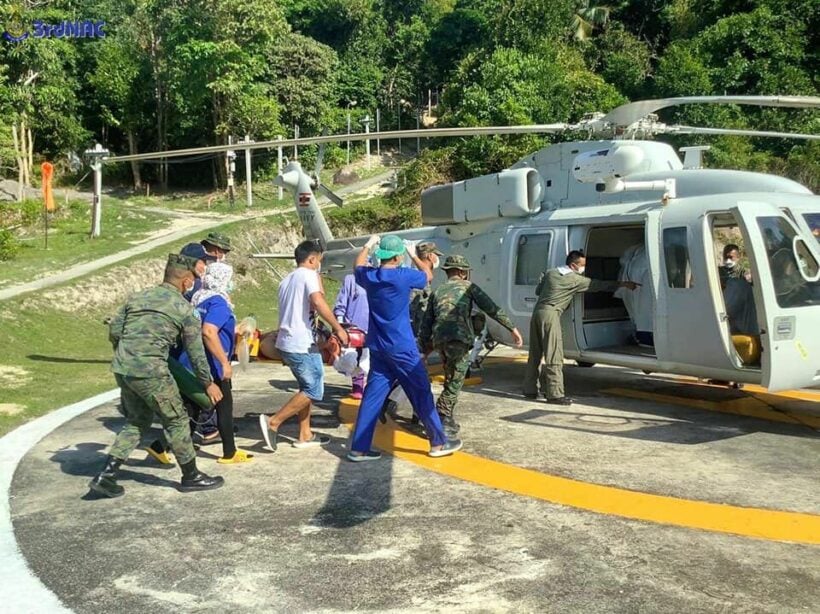 A Thai man was rescued after he lost consciousness and went into cardiac arrest while diving at a spot by Koh Yang, an island near the popular tourist destination Koh Lipe in the southern province Satun. The 62 year old man was unconscious when he was pulled to the surface of the water. He was later sent by helicopter to a hospital in Phuket.

The man was on a dive trip with his family yesterday when he lost consciousness and went into cardiac arrest. Other details, like how deep he was diving, have not been released. Authorities from Air and Coastal Defense Command and medical staff from Koh Lipe were called to the scene. Reports say the man’s heart had stopped beating and rescuers administered CPR.

At around 3pm, the helicopter from the Royal Thai Navy picked up the patient and arrived in Phuket around 4:35pm. He was sent to Vachira Phuket Hospital where he is now being treated.

The 3rd Naval Area say they have special units in the Andaman sea prepared to help those in need.