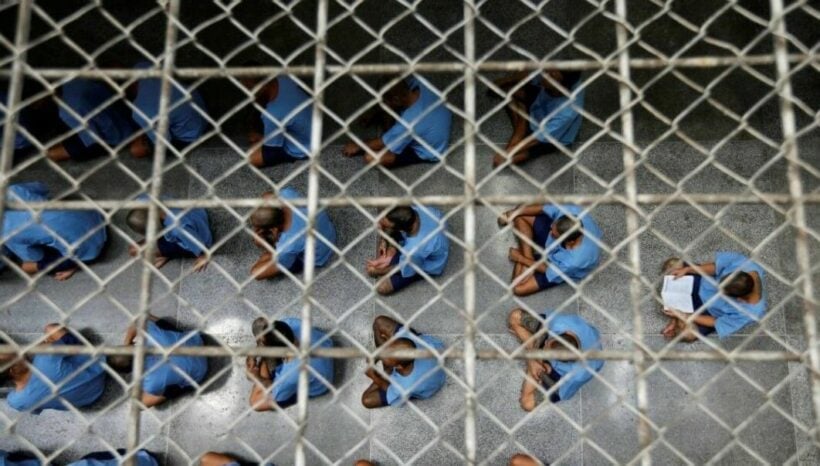 The Thai government has vowed to end forced labour in the country’s prisons, following an exposé by the Thomson Reuters Foundation. The foundation’s investigation revealed shocking abuses in the Thai prison system, with inmates forced to make fishing nets for private companies for as little as 30 baht a month. Some said they did not get paid at all. Prisoners were threatened with punishments that included beatings and having their release date postponed.

The Corrections Department initially denied the findings of the Thomson Reuters Foundation but has now vowed to eradicate forced labour and to pay inmates a fair wage if they choose to work.

“Following criticism of Thai prisoners being forced to produce fishing nets for private companies, the Corrections Department will come up with measures to allow prisoners to work voluntarily. The type of work has to be safe and must not cause harm towards prisoners.”

According to officials, newly-formed committees will oversee planned reforms in each of Thailand’s 143 prisons, setting prison wages in line with the minimum wage of each province. Thailand’s minimum wage varies from 313 baht to 336 baht per day, depending on the province.

The anti-slavery organisation, The Freedom Fund, has welcomed the statement from the Corrections Department, but still has questions. Programme adviser Roisai Wongsuban says there’s been no word on how the department will guarantee transparency.

“So far, no one has been able to gain access to prisoners. This issue is no longer just about Thailand. The department must be able to reassure international buyers through independent inspections and public disclosure of contracts between prisons and companies.”

In February, an alliance of human rights groups submitted a petition to the US Customs and Border Protection, which is the largest federal law enforcement agency in the US. The petition called for imports of fishing nets produced by 2 Thai companies to be halted due to their use of prison labour. US law prohibits the import of goods made using forced or prison labour. The Customs and Border Protection office has the authority to withhold such items and prevent them coming to market.

Haole.TH
This is just another reason the current Thai Gov doesn't want any "human rights" groups in Thailand. These kind of situations get exposed. Why aren't the companies that contracted the goods that were made named and shamed? Great reporting in…
Travisa
No surprise. I’m guessing it’s the same with most prisons in SE Asia. It’s cheap labor for companies and someone is getting paid to provide it.
Skip
So the solution is to pay them... ok... but then charge them for room and board and make them pay their victims restitution... no problem.

Phuket international school petitions against slaughterhouse being built nearby