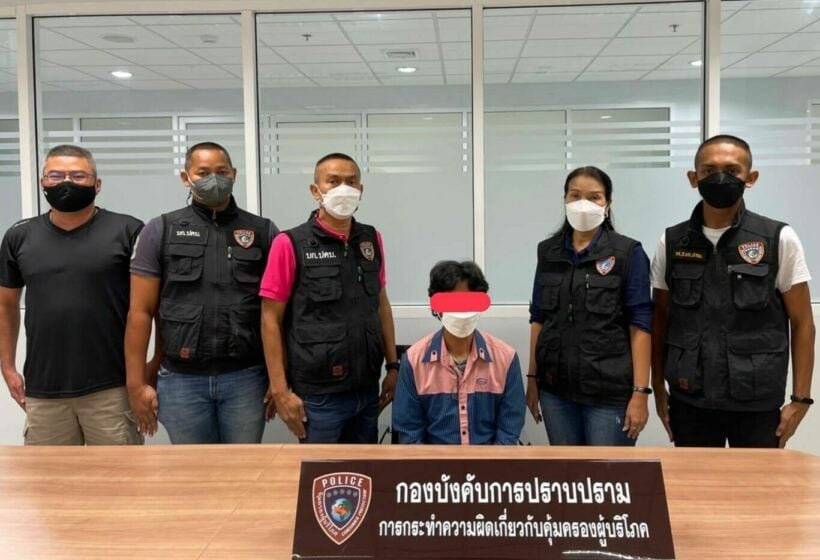 A couple was arrested in Bangkok for allegedly running a fake travel agency advertising tour packages in the southern province Krabi off the Andaman coast. Reports say the couple had been doing the scam for seven years, scamming tourists out of a total of 100 million baht.

Tour packages with accommodation included were advertised on Facebook for costing 2,500 baht per person. The couple would allegedly ask tourists to transfer the package fee, but not offer the trip as promised. Some who lost money to the alleged scam contacted the Consumer Protection Police.

An arrest warrant was issued by Krabi Provincial Court and the couple was later arrested at their house in Bangkok.

Cabra
Remind me is LOS Land of Smiles or Land of Scams 😂... that's a retorical question 😉
Fanta
1 hour ago, riclag said: Hope they lose all of their worldly possessions and go to jail ! That’s a given because their stuff was probably all bought with proceeds of crime. What the cops didn’t take upon arrest the…

DoUKnowWhoIAm
3 hours ago, Thaiger said: been doing the scam for seven years 3 hours ago, Thaiger said: Some who lost money to the alleged scam contacted the Consumer Protection Police. I wonder why it has taken so long to…
harry1
they were arrested several years go in krabi for the same scam,at the time the police said they couldnt prosecute as the customers gave them the money ? yes these scammers need to be closed down for good