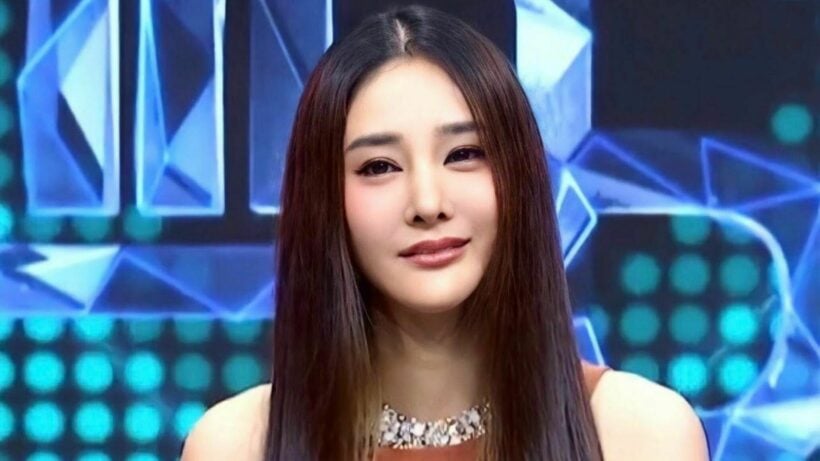 An autopsy report indicates that TV actress Nida “Tangmo” Patcharaveerapong drowned. Forensic examiners also noted that there the large cut on her leg was likely caused by the speedboat’s propeller.

The other people on the speedboat last Thursday night when Tangmo drowned in Bangkok’s Chao Phraya River claim the actress had fallen in the water when she had gone to the back of the boat to pee.

Tangmo’s mother has already voiced her opinion that foul play was involved. Police officers have also been skeptical and have said they will use a lie detector to interrogate the 5 people who were also on the same boat at the time.

At a press conference outside the Mueang Nonthaburi police station, just north of Bangkok, a pathologist at the Police General Hospital’s Institute of Forensic Medicine told reporters that they couldn’t determine if Tangmo had urinated before drowning. The pathologist said the body had been in the water for an extended period.

Forensic examiners also could not determine if the actress had fallen in by accident, or if she had been pushed. The deep, 30 centimetre long cut found on her leg was possibly caused by the boat’s propeller and may have cut into a major artery, limiting Tangmo’s capacity to help herself, according to a forensic expert. Examiners could not determine if her leg was cut before or after her death.

The forensic expert said that sand was found in Tangmo’s lungs, evidence that she was still breathing when she fell into the river. Due to the movement of the Chao Phraya River, sand particles can become suspended in the water and people do not need to reach the bottom of the river to get sand in their lungs.

The doctor who checked the scratches and bruises found on the arms and shoulders of one of Tangmo’s five acquaintances on the boat with her informed the reporters that they were about a week old and were not caused by fingernails. The scratch was larger than a fingernail scratch, and the bruise was caused by a hard impact.

Investigators are still running tests to see of there are traces of urine on the back of the speedboat or on Tangmo’s bodysuit (swimsuit).