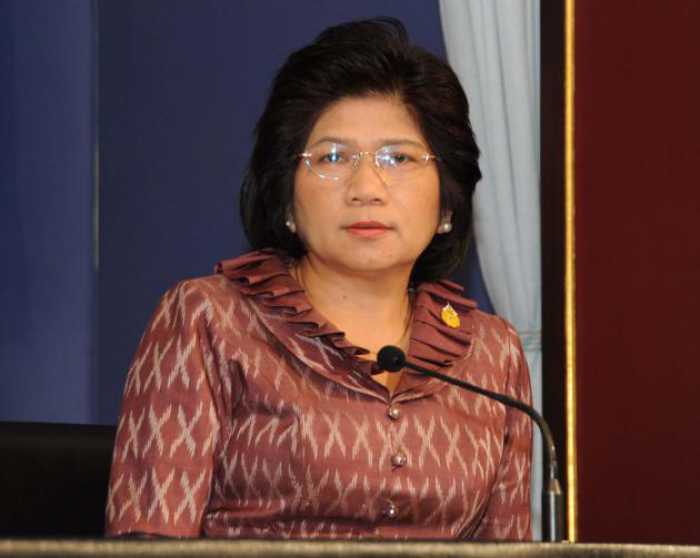 PHUKET: Suwana Suwanjuta is the first woman to be chosen to lead the Department of Special Investigation (DSI).

The Cabinet approved the appointment of Suwana, a deputy permanent secretary for Justice, as the new DSI chief yesterday.

Suwana, 58, described her new mission as a challenge.

She said the DSI is faced with a crisis of faith. “It’s going to take time to restore faith. It’s going to be a tough and tiring job. But I am ready to work to my fullest abilities,” she said.

She was already serving as the acting chief of DSI when she was nominated.

Born on November 26, 1955, Suwana graduated from Chulalongkorn University’s Faculty of Commerce and Accountancy. She entered the civil service in 1979, first as an internal-audit official. In 1990, she became the finance chief of the Finance Division, Office of the Permanent Secretary, the Justice Ministry. Five years later, she was appointed the chief of the division.

In 2001, she got the post of the assistant permanent secretary for Justice. The following year, she became an inspector-general.

Suwana is also a former director-general of the Rights and Liberties Protection Department.

“When I was at the helm of the department, I had worked extensively with the DSI,” she said. “And although I don’t have direct investigation background, I have sat on the DSI board before. So, I have had relevant experience.”

Suwana dismissed reports that she had got the top DSI post because of her family’s close ties with National Council for Peace and Order chief and Prime Minister Prayut Chan-ocha.

“We are not especially close to him,” Suwana said.

The Cabinet also approved the appointment of Veerayuth Sukcharoen, the current chief inspector of the Justice Ministry, as the director-general of the Department of Juvenile Observation and Protection yesterday.