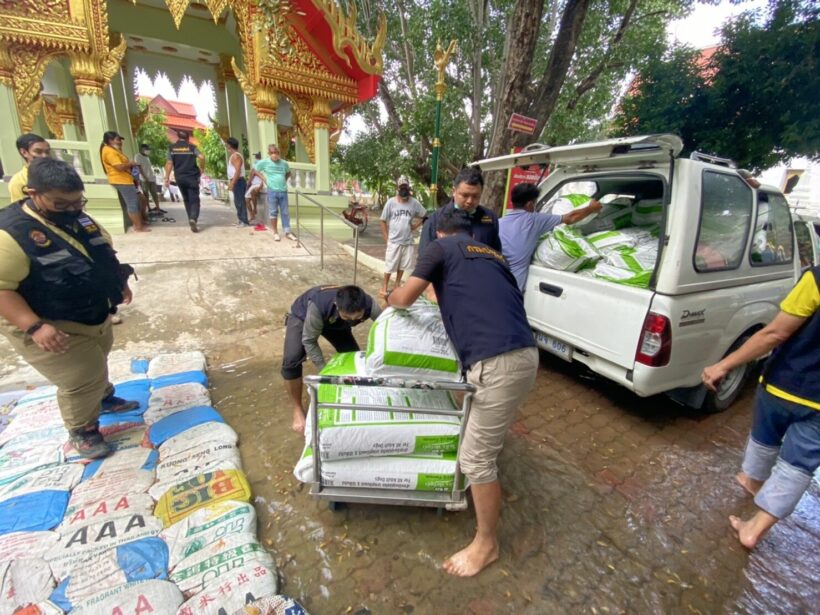 The following is a press release from the Soi Dog Foundation.

Soi Dog Foundation’s ongoing relief effort for dogs and cats affected by the recent flooding in Central Thailand has seen the amount of food delivered to desperate dogs and cats exceed a whopping 100 tonnes.

Following the initial distribution in late September of 64 tonnes of food to flood-affected areas in the central region caused by tropical storms Lionrock and Kompasu, further supplies were delivered for both stray and domestic animals this month to four districts in Nonthaburi and Sing Buri, bringing the total to over 100 tons provided to the district administration offices of Mueang, Sai Noi, Bang Bua Thong, and Pak Kret districts in Nonthaburi, and Mueang district in Sing Buri. During the floods in Nonthaburi alone, local authorities estimate that over 2,500 dogs and 5,000 cats were in desperate need of food.

“Even now, after the floodwater has receded, without our help these animals are unable to find food, and owners are unable to feed their pets”, said Soi Dog’s Community Relations Manager Sakdapol Thongjan. He describes the situation as a “real dual crisis”

“In the first round, we hardly saw the tip of the iceberg,” he says, referring to the large number of dogs and cats in need of assistance. The majority of these animals are frequently cared for by animal lovers in the surrounding areas and villages, and most of them are in good health and have previously undergone necessary vaccination and sterilisation. But, during this difficult period, they require food to survive which the communities are unable to provide in this time of crisis.

After the extensive distribution effort by Soi Dog, there has luckily been no further reports of dogs or cats in need of rescue, though Sakdapol added that Soi Dog will work with relevant agencies to coordinate help as and when it is needed.

During the recent flooding, it is estimated that Soi Dog Foundation provided food to over 6,000 dogs and 8,000 cats, ensuring that those animals received the essential supplies they needed. The nonprofit foundation continues to be prepared for future emergencies.

According to a report from the Department of Disaster Prevention and Mitigation, the Northeast monsoon, which is affecting the Gulf of Thailand and the South, is intensifying the flooding situation. Flash floods and mudslides occurred in 12 provinces during the last two weeks. 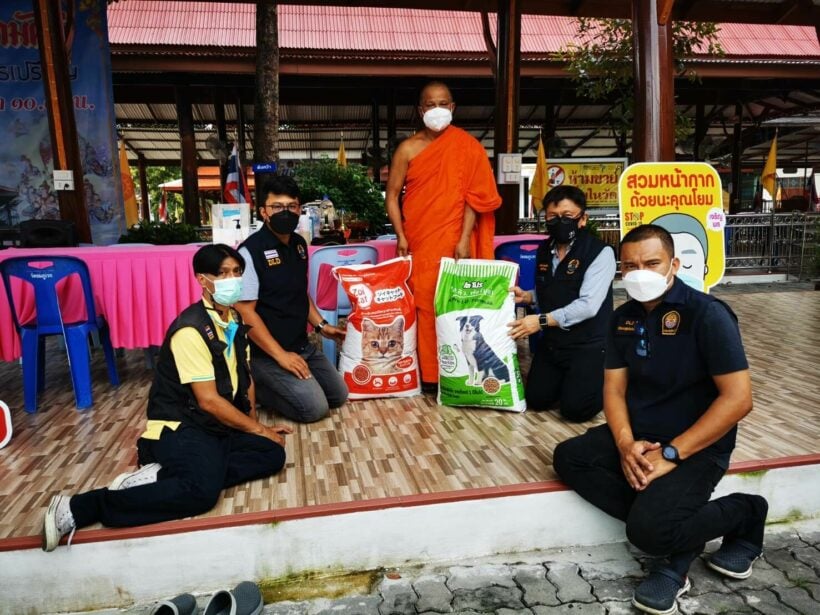 Faraday
4 hours ago, Khunwilko said: stray dogs are a huge problem in Thailand but unfortunately culls don't work.They have to CNVR to have any effect on th population. It also helps if people don't feed them. However allowing a large…
Khunwilko
34 minutes ago, Faraday said: Wouldn't take much time or effort to cnvr them, & it would benefit all of us, including the dogs. I've spoken with neighbours about how we might all chip in a few baht to get…

DesperateOldHand
1 hour ago, Faraday said: Wouldn't take much time or effort to cnvr them, & it would benefit all of us, including the dogs. I've spoken with neighbours about how we might all chip in a few baht to get…
Khunwilko
10 hours ago, DesperateOldHand said: That's not their thing. depends on who you mean by "their".
LoongFred
Although there are some dogs loose around us, they all have homes and most are spayed or neutered. The local authorities also make sure all have rabies shots. One temple does take stay dogs but it is away from houses…