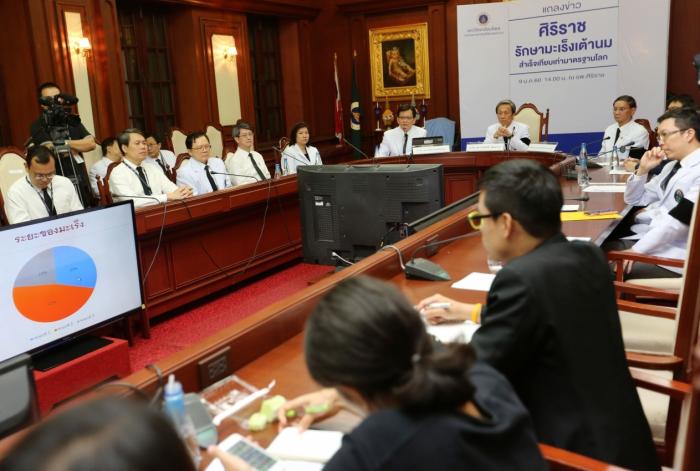 BANGKOK: Siriraj Hospital aims to greatly boost the chances of survival for breast cancer patients within the next five years, one of its senior medical experts said yesterday.

“For second-stage and third-stage patients, the survival rates should exceed 90 per cent and 80 per cent respectively,” he added.

The dean spoke at a press conference held at the hospital.

He said that just like elsewhere in the world, breast cancer was most prevalent among women patients in Thailand, killing more than 10,000 people each year.

The doctor said Siriraj Hospital had successfully improved its techniques for treating the cancer to meet international standards.

Dr Pornchai Ochareonrat, chief of the hospital’s Department of Head, Neck and Breast Surgery, also said yesterday that Siriraj had achieved an average survival rate of 92.1 per cent for patients treated over five years, and 85.6 per cent for those treated over 10 years.

According to Dr Pornchai, the United Kingdom achieved a survival rate of 89.6 per cent for five years of treatment and 79 per cent for 10 years.

“This shows that Siriraj Hospital’s success rate is comparable to international standards,” he added.

The hospital conducted a study on 3,435 breast cancer patients treated at Siriraj Hospital between 2003 and 2011, with the average age of the patients being 51, and 24 for the youngest and 86 the oldest, Dr Pornchai concluded.