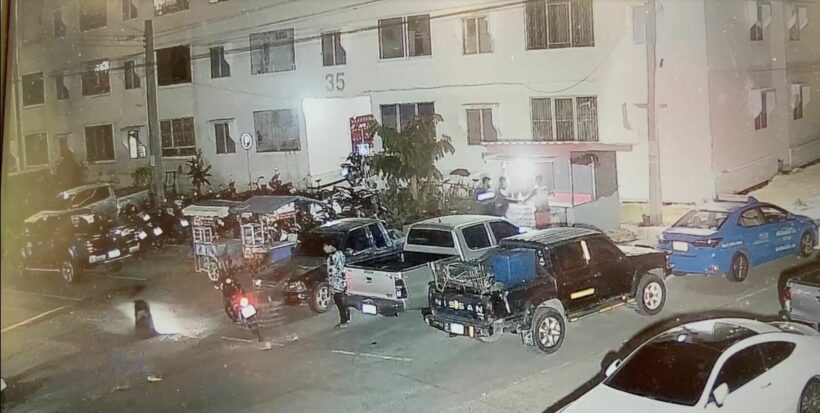 Yesterday, the police officers from Tian Tale Metropolitan Police Station arrested three security guards suspected of killing a resident at a state dormitory of the National Housing Authorities project in Bang Khun Tian, Bangkok. Officer seized weapons and say the suspects confessed to killing the resident, claiming they didn’t mean to murder him, they just wanted to get revenge because the victim picks fights when he’s drunk.

The three security guards at the dormitory are 20 year old Chun Wong-aun, 19 year old Chanachai, and 20 year old Seksan. On January 31, Chun claimed that the victim got drunk and slapped him in the face. Chun and the other guards allegedly went back to the scene with a long knife and stabbed 34 year old Wanchai Hingsa. The victim was severely injured and later died at a hospital.

The security guard Chun shared more that the victim didn’t get along with a security team and also neighbours, especially when he was drunk. He added that he didn’t mean to kill, just wanted to hurt him after being slapped. The three of them were charged for causing harm leading to death and carrying weapons without permission.

DiJoDavO
"Chun and the other guards allegedly went back to the scene with a long knife and stabbed 34 year old Wanchai Hingsa." "Officer seized weapons and say the suspects confessed to killing the resident, claiming they didn’t mean to murder him,…