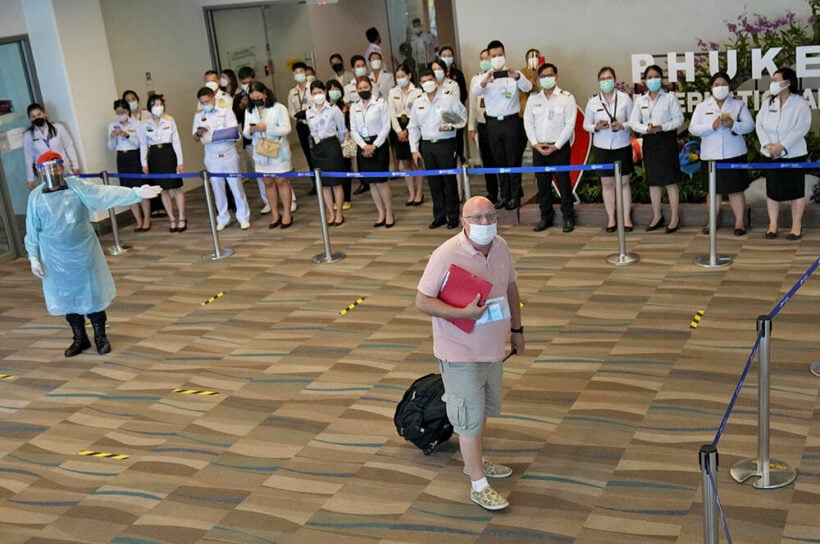 Sunday morning the public health department has announced 5,916 new infections and 44 Covid-related deaths. 39 of the total are attributed to Thai prisons.

The report indicates a stabilisation of numbers after 3 days hovering around the 6,000-per-day level of new cases. But Sundays often return lower-than-usual reports (let’s hope we’re wrong on that today).

Around the world the drastic drop in new daily cases since the middle of April has now flattened out and is starting to trend upward again, although the trend of daily death stats continues to fall. The number of deaths from the Coronavirus pandemic will cross the 4 million threshold during this next week if trends continue. Around the world there has now been 184,215,590 Covid-19 cases since the start of January 2020. 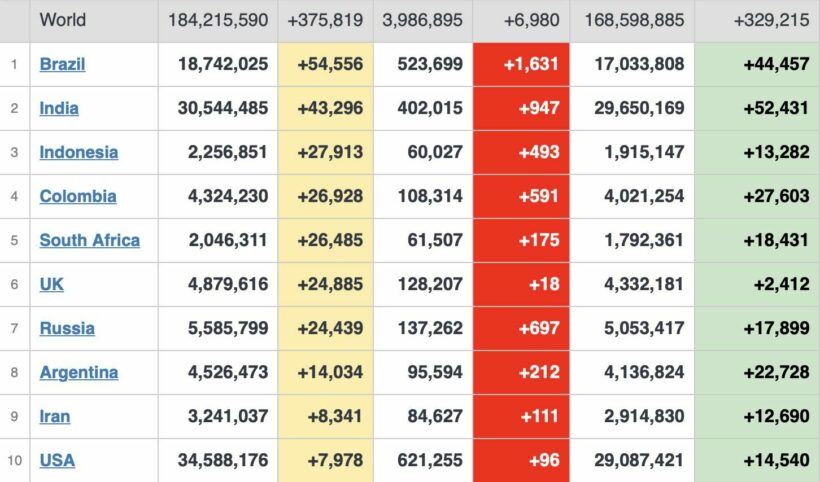 • Thailand’s Department of Disease Control reports that a total of 1,148 cases of serious side effects following AstraZeneca vaccines. Investigations into 354 of the cases have been completed.

“Of these cases, 67 are linked to the vaccine with 21 developing severe allergic reactions. One case involving blood clotting was reported after an AstraZeneca shot was administered and the patient has now fully recovered.”

Another 210 cases were “determined to be coincidental to the inoculation”, while 27 cases were ruled not related to vaccination.

• “The first 14 days of the Phuket ‘Sandbox’ scheme will be a critical test run, to pave the way for the opening of other areas in southern Thailand.”

Sports and Tourism Minister Phiphat Ratchakitprakarn says that if there’s no outbreak on the island for 2 weeks, the government will continue with its sealed route scheme on Koh Samui on July 15, followed by Krabi and Phang Nga in August.

He said new infections are the biggest threat to the Phuket “sandbox”, as the island will have to stop accepting inoculated tourists if more than 90 new cases are reported in a week (other ministries are quoting a threshold of 15 people per 100,000 people on the island… around 60 cases in a week).

If hospitals in Phuket cannot handle an emergency, the Tourism and Sports Ministry and related agencies are prepared to identify variants and prepare measures to cope with the situation.

“The Phuket “sandbox” cannot be allowed to fail, because the government fought so hard to make it happen, and the plan provides hope and raises confidence that Thailand is ready to welcome tourists back.”