“According to the third national human rights master plan on the justice system for 2014 to 2018, Thailand had a road map to suspend all executions in the country by 2014, amend the Criminal Code to legally abolish the death penalty by 2017, and ratify the Second Optional Protocol to the ICCPR by this year.”

Yesterday’s execution of a murderer at the Bang Kwan Prison in Bangkok caught Thais and right’s groups by surprise. Thailand had signalled it’s intention to move towards abolition of capital punishment in recent years.

So Thailand’s first execution in nine years is sparking public debate on the death penalty, which retains strong support among most Thais despite concerns raised by academics and activists about human rights violations and its effectiveness as a deterrent.

The question of whether Thailand should abolish capital punishment for good erupted once again yesterday after the Corrections Department on Monday executed a convict for the first time since 2009. Human rights organisations harshly condemned Thailand’s resumption of executions, while others leapt to the defence of the authorities, insisting the punishment helped prevent serious crimes.

Thirasak, a 26-year-old convicted of premeditated murder, was the first prisoner to be killed by lethal injection since August 24, 2009.

The announcement of his execution prompted four prominent rights defenders – including the UN High Commissioner for Human Rights, International Federation for Human Rights, and Cross Culture Foundation – to release statements condemning judicial killing and urging the Thai government to respect the human rights principles and abolish the death sentence by law.

Amnesty International was the first to come out in protest, stressing that Thailand had shamefully resumed executions just one year short of the 10-year period that confers de facto abolition of the death penalty on a country.

Amnesty’s Thailand Campaigner Katherine Gerson said that the execution represented a major setback in the country’s effort towards abolition of capital punishment and placed a dark stain on its human rights record.

“The Thai government must immediately halt any plans to carry out further executions and immediately establish a moratorium on the implementation of the death penalty as a first step towards its abolition.” 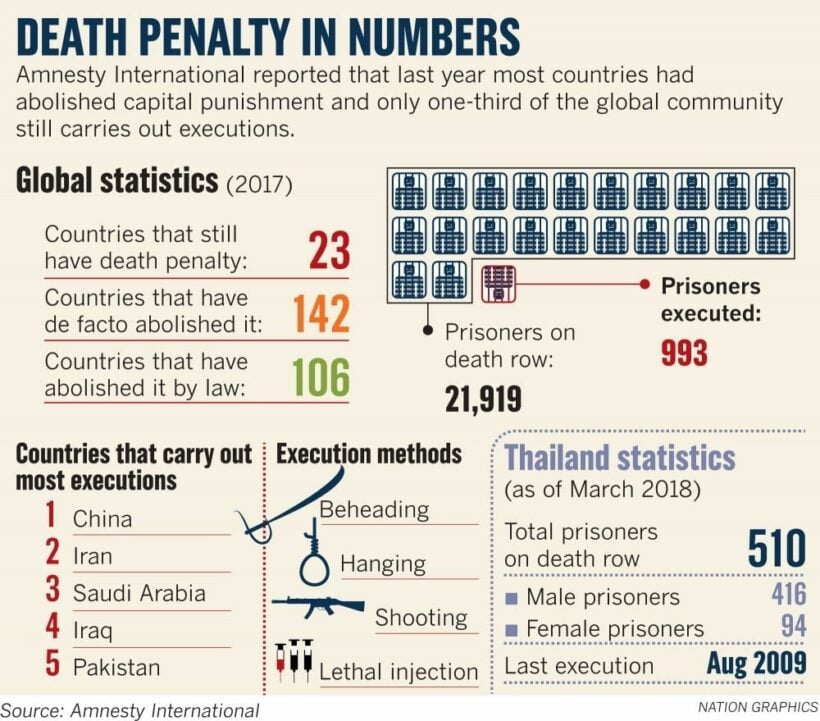 According to the third national human rights master plan on the justice system for 2014 to 2018, Thailand had a road map to suspend all executions in the country by 2014, amend the Criminal Code to legally abolish the death penalty by 2017, and ratify the Second Optional Protocol to the ICCPR by this year.

Nevertheless many Thai people think otherwise, judging by the comment section of Amnesty International Thailand’s Facebook page. It was bombarded with comments from Thai netizens showing their support for retaining death as a penalty and rebuking the human rights defenders for protecting “evil criminals”.

A poll created by celebrated Thai Facebook fanpage “Drama Addict” also showed mass public support for the execution of criminals, with 96 per cent of 78,000 online voters approving the continuous enforcement of death sentences.

PM General Prayut Chan-o-cha added his voice to support of the death penalty, claiming it was essential to keeping law and order, and also that the majority of Thais agree with the punishment. 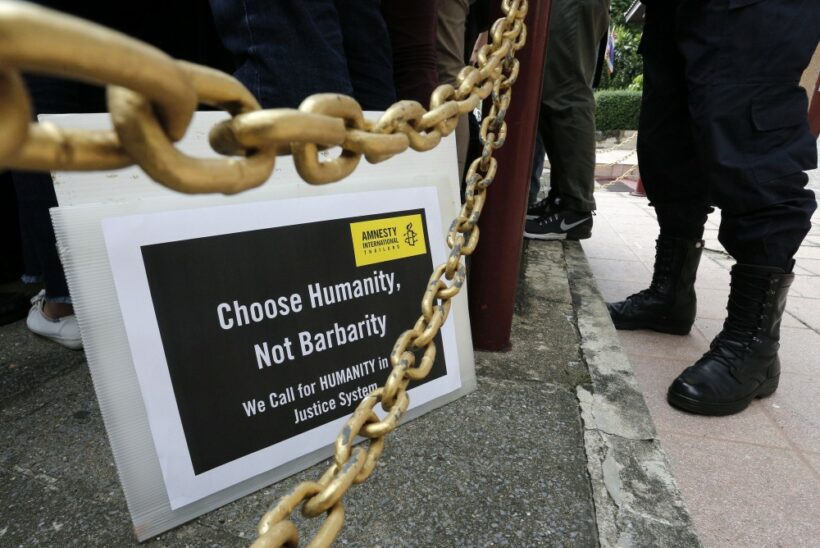