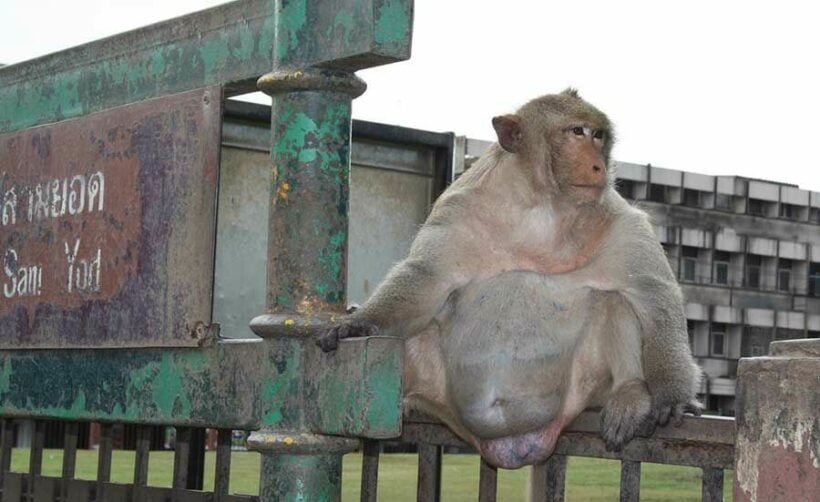 The Department of Disease Control is warning of an increased risk of malaria for people living on the outskirts of forests – or raising monkeys. According to a Thai PBS World report, the parasite Plasmodium Knowlesi Malaria is behind most cases of human malaria in the region.

Department boss, Dr. Opart Karnkawinpong, explains that malaria can be transmitted from primates to humans, through a bite from the striped mosquito. However, there is yet to be a study carried out to confirm if malaria can be transmitted from human to human. Opart says the Plasmodium Knowlesi Malaria parasite was first reported in Thailand in 2004.

The DDC chief says that between last October and the end of March this year, around 70 cases of malaria have been reported in the kingdom. This compares with only around 10 cases in the same period last year. Opart says most of the recent cases are in the south of the country, including the provinces of Songkhla and Ranong, but there have also been cases in the eastern province of Trat.

People who suspect they have contracted malaria are advised to seek medical attention urgently, so that blood tests can be carried out. Opart says it’s vital that treatment is urgently administered, to avoid potentially fatal complications. People who’ve been in a jungle environment or in close contact with macaques are also advised to report such trips.

Opart’s colleague, Dr. Apichart Vachiraphan, says officials are deploying technology to monitor cases of Plasmodium Knowlesi Malaria. Weekly alerts are also being issued so that patients can be located, diagnosed, and given treatment within a week.

Pinetree
Damn monkeys are more dangerous, a bigger threat to health and more aggressive than any soi dogs.
Ramanathan.P
If it is really monkey business, then Lopburi must be in the hot list as it is the "Monkey town". But there is nothing reported from that province so far except gang fight among the monkey groups