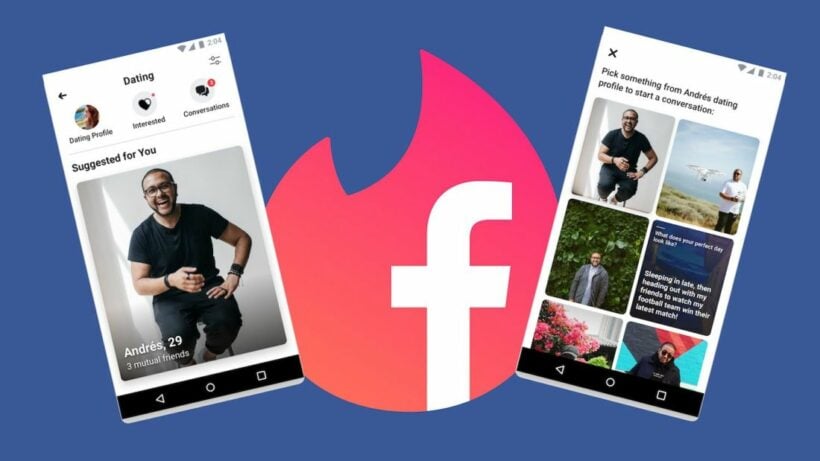 Facebook has officially launched its dating services with Thailand the first market in Asia and second in the world for the new service on the world’s third most popular website (#1 Google, #2 YouTube).

Facebook Dating is available to users of the social network who are aged at least 18.

Nathan Sharp, product manager of Facebook Dating says that the feature is a result of the company’s mission to make Facebook the single best place to start a relationship online.

“Facebook Dating is a dedicated feature within the Facebook app, specially designed to give people full control of their experience looking for a meaningful relationship”, he said.

“People will be able to match with others based on their preferences and interests, through a dedicated dating profile inside the main Facebook app.

Sharp said that the dating service is designed for meaningful relationships rather than short-term unions and the feature is an opt-in that allows people to decide to use it, rather than it being by default.

Moreover, it is in the Facebook app – not a separate app – but only non-friends (on Facebook) and friends of friends can see a user’s dating profile, which is separate profile from the Facebook profile.

“Facebook Dating’s messenger is of a different type to Facebook Messenger. It allows only text and emoji icon to be sent.

“Photos, files, and links cannot be sent via the dating messenger,” said Sharp.

He added that Facebook Dating is the new place to first establish a relationship. It was launched first in Colombia.

The feature will also facilitate people to have dating experiences through Event & Group as well. In Thailand, around 52 million people use Facebook every month, and these people are potential users of the dating services.