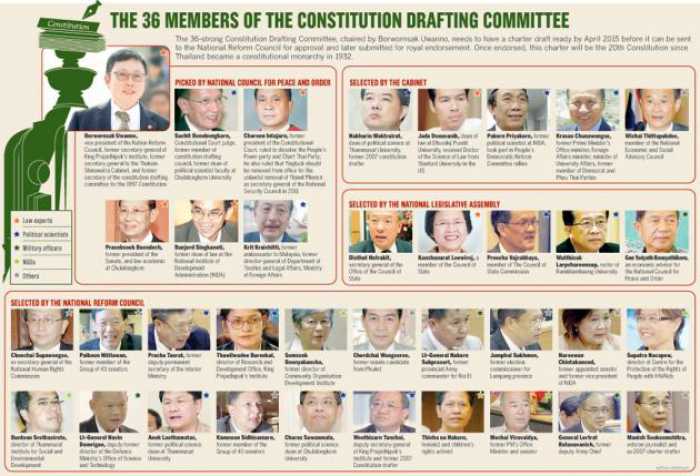 PHUKET: The National Legislative Assembly will commence public hearings on national reform and reconciliation in the northeastern provinces of Mukdahan and Bueng Karn in late December.

Under the process, NLA vice president Peerasak Porjit yesterday said the assembly would call on educational institutes, the Interior Ministry’s networks, non-governmental organisations and local communities to reach out to every target group.

The Mukdahan and Bueng Karn hearings will be held from December 27-29.

Peerasak said the NLA would not seek an additional budget but request permission from Parliament when it starts public hearings in Mukdahan and Bungkarn.

He said apart from public hearings, the NLA intended to the win the support of people who held different political views in a bid to propel the country towards the reform roadmap’s third stage – democratic elections.

The CDC suggested that the public-hearing process focus on academic aspects in order to glean relevant information from experts.

Krasae said the budget for public hearing was Bt24million.

Of this amount, Krasae said 15 million baht would be spent on making handbooks for public hearings on the new charter and training.

Krasae said 1mn baht had been set aside for making stickers about drafting campaigns and 500,000 baht would be spent in setting up special post boxes nationwide where people could mail their views on the charter.