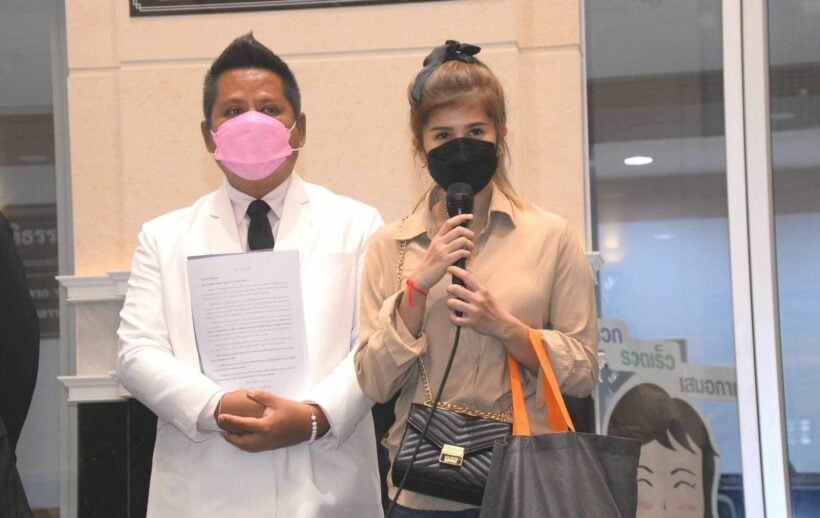 After a guard at the Thonburi Women’s Correctional Institute in Bangkok was suspected of corruption and bribery, an investigation is now underway. In return for alleged special treatment, the guard wanted money from the family of a prisoner. The guard, who has not been named, is now suspended during the investigation and will be fired if proven guilty.

Somsak Thepsuthin, the Justice Minister, has directed the Corrections Department to look into the matter. The order came after Pornpimol Suansamran, the daughter of the inmate, and Ronnarong Kaewphet, a lawyer, filed a case against the unknown guard with Wanlop Nakbua, deputy permanent secretary at the Justice Ministry.

Pornpimol says the guard forced her family to pay by promising to look after her imprisoned mother. She added that she was unable to contact her mother and was worried about her safety. She showed proof, including 9 bank transactions receipts valued at 6,200 baht. Her father regularly gave the money to the guard at her house.

Her mother was a motorbike taxi driver before being arrested last year in June after authorities discovered her bank account had been used to receive money from marijuana dealers.

With department regulations allowing relatives to only communicate with prisoners via video calls due to Covid safeguards, the unnamed guard reportedly said that family visits were ‘banned’.

The family lost contact with the mother after the payments were made. They were told that writing letters wasn’t allowed either because of “pandemic restrictions”. Later, it was revealed that this ‘restriction’ was bogus.

The daughter told investigators that the guard offered to give her mother lighter jobs for her to do, and would take good care of her during her time behind bars.

Fanta
6 minutes ago, Zorba_the_Geek said: No doubt the inmate is one of the 80%+ incarcerated, by the regimes own figures, for making an adult personal choice to consume substances other than the deadly garbage the state obliges people to consume,…

palooka
16 minutes ago, Fanta said: Yep. Grow it but not smoke it. That’s the road to madness! REEFER MADNESS! Smoke it???? Don't you make rope etc with it??????🤣 Have a fag (local grown) and think about that one.
TWS60
I'd hazard a guess that Dear Old Mum, who's still banged up in the monkey house, is none too pleased about her daughter's public crusade. There's the way things ought to be, and then there's Thailand. Use the informal 'systems'…