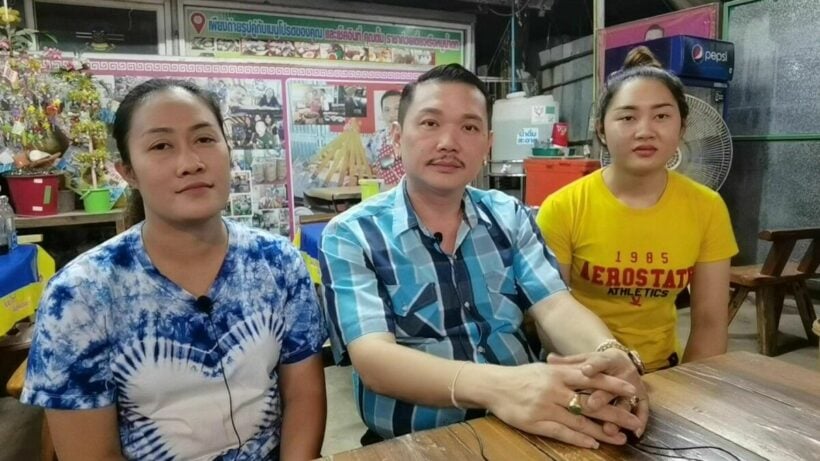 While polygamy in Thailand isn’t as prevalent as it was a century ago and the marriages aren’t recognised under Thai law, the lifestyle is still practiced by some. Thai media reporters recently interviewed a polygamous trio and apparently “life is good,” according to the husband with 2 wives. The wives didn’t seem to do much talking in the interview.

Reporters from the Thai news outlet Sanook spoke with 44 year old Wacharatorn “Tum” Sironam about his taboo family arrangement. The trio have been living together for 7 years.  Tum says his family is perfectly happy, they have no arguments and they work together to care for Tum’s 4 children, 2 from each wife.

Tum has nicknames for his wives which translate to “big wife” and “little wife.” In the past, Thai law assigned women in polygamy marriages a certain category.

While polygamy has since been abolished, it is still alive in Thailand. – Wikapedia

Worapat  “Pla” Sroinam, who has been with Tum for 18 years, is called the “big wife.” Tum says their love has remained strong over the years. One day, Tum told her he wanted another wife to join the family.

Pla was shocked, but said it would be okay as long as Tum loved them both the same, Tum says. He then spoke with Kochakorn “Wan” Tapchom, admitted that he was married and asked her to be his “little wife.”

The family now runs a noodle shop in Ratchaburi province, west of Bangkok, where they sell noodle soup for 10 baht. The Pla and Wan each receive 10,000 baht per month to help with the family business.