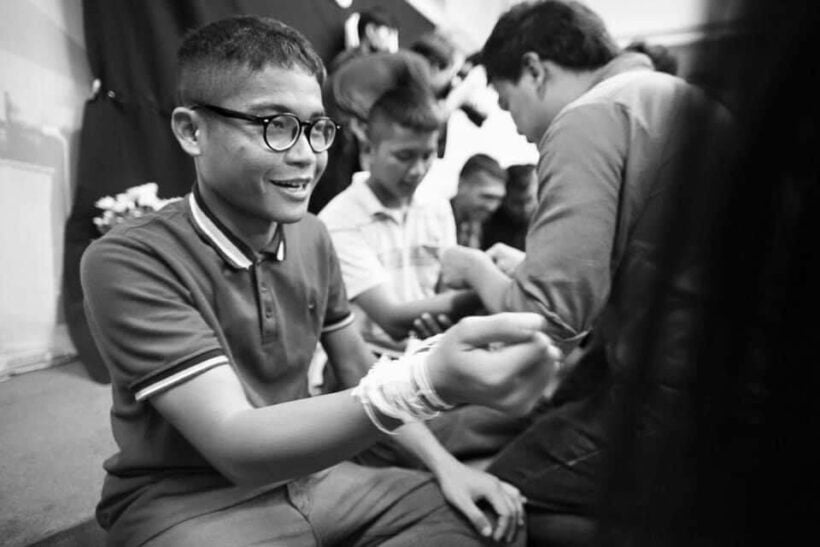 A male political activist and finance officer of the Move Forward Party has been found dead in the Isaan province of Nakhon Ratchasima. Initial reports suggest that he hanged himself at a bus stop near a police booth in front of the district office. But his mother believes her child was murdered as wounds and “mysterious evidence” have been identified.

On April 19, at about 3:40am, a police officer says that he heard a dog barking loudly while working inside his police booth. He decided to check it out and found a corpse hanging in the bus stop pavilion. The death was reported to be a 27 year old Anan “Boy” Logate, a political activist and finance officer of the local Move Forward Party.

According to Thai media, Boy visited Nakhon Ratchasima to join a seminar at Fortune Hotel Korat. He went out of his house in Isan province Roi Et on April 16, checked in at the hotel in Nakhon Ratchasima on April 17, joined the seminar on April 18 until 12pm, and disappeared. His friend had tried finding him and reported the missing to the officers at Mueng Nakhon Ratchasima Police Station before his corpse was spotted.

Boy’s mother, Noopit Logate, has told the Thai media that she didn’t believe her child would commit suicide because they had just met and dined together during Songkran. She say that Boy didn’t seem to be worried or stressed about any problems. She added that suicide seemed unlikely because her child was a political activist, a fighter who faced many difficulties in life.

The rescue team told Thai media that Boy had a wound on his head, some scratches on his hands, and a bruise on his back. His clothes were dirty, and his pants were wet around his legs. Nearby, the rescue team found blood and sunglasses which have not yet been identified. The spokesperson rescuer also said that Boy’s tongue was not hanging from his mouth, usual for a corpse that died from hanging.

Boy’s corpse was sent to Chalerm Prakiat Hospital for an autopsy. The Secretary of the Move Forward Party, Chaithawat Tulathon, said that he and the party couldn’t provide any details at this time. They had to wait for the autopsy result and information from the police and relevant departments.

AdvocatusDiaboli
3 hours ago, Thaiger said: has been found hanged What, no swan dive off a 5 story condo balcony …. Or is that only reserved for Farang expat’s?
MikeW
The junta must be scared of losing a proper election so they are killing off the competition

Thai policemen accused of faking crimes to advance their careers