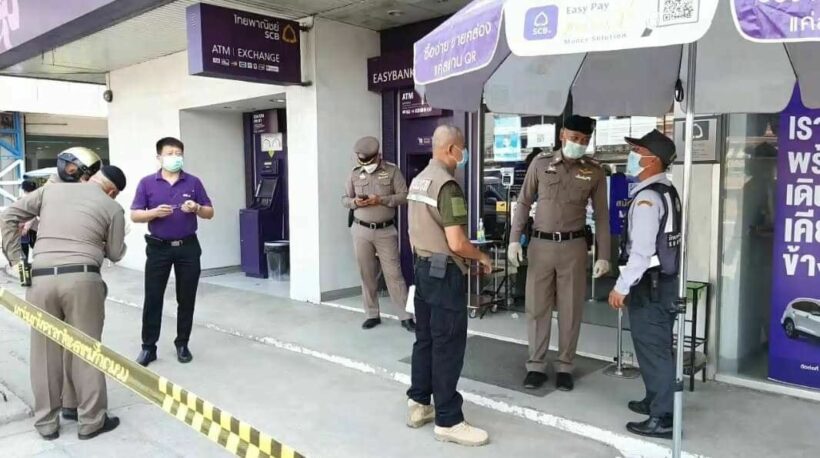 Police are searching for a man who robbed a bank in the central province of Saraburi and ran off with 210,000 baht in cash. Officers say they want to make an arrest within the next seven days and have offered a 10,000 baht reward to anyone who has information that leads to an arrest.

Thai media says the man was in and out of the bank within two minutes. CCTV footage from the bank was released on social media and shows a man wearing a helmet with a bag, demanding the bank teller to fill it with cash.

Reports say he used an object that looked similar to a gun to threaten a security guard and force bank staff to put the money in the bag. The security guard tried to use a stainless bar to seal the door, but the robber was able to push the door open. He then drove off on a white motorbike.

The Nong Care Police Station says the man is around 180 centimetres tall and was driving a white Honda PCX motorbike with no licence plate. Officers say many residents have made reports and given information about a possible suspect.