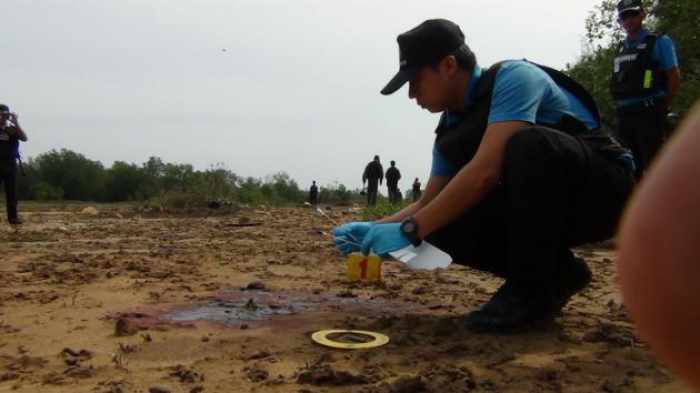 PHUKET: Following the fatal shooting of a Yala man in Pattani’s Nong Chik district on Sunday, police yesterday hunted for the victim’s pickup out of fear that the attackers may have taken it to make a car bomb.

Police blamed separatists for the incident.

Pattani police deputy chief Pol Colonel Saravuth Eiamsa-art yesterday led investigators and the bomb squad to inspect the scene on a rural road in tambon Bang Khao. The suspects shot dead Yala man Apiwat Chanthaem, 53, with an M-16 assault rifle and got away with his truck, whilst Apiwat’s friend escaped out of the truck and was rescued by people nearby.