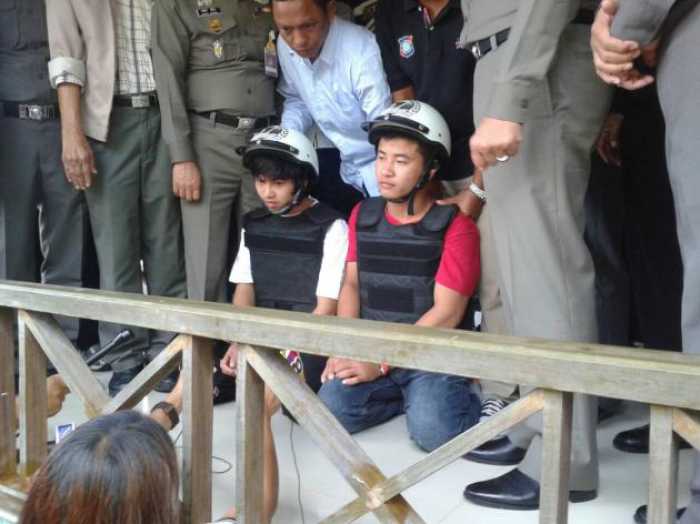 PHUKET: Local police in Surat Thani province have refused to comment on reports that the Myanmar Embassy and the Justice Ministry are pushing for a fresh investigation into the murders of two British tourists on Koh Tao.

When interviewed yesterday, they only said the national police chief had not ordered that the case be reopened.

In mid-September, two Britons were killed on Koh Tao, in Surat Thani province. The brutal murders made local and international headlines.

Police have since arrested two Myanmar suspects, who are now in court-approved detention. The suspects, however, now complain that they were forced into admitting to crimes that they had not committed.

The Myanmar Embassy and various other agencies are now trying to deliver assistance to the two men.

Meanwhile, Worapan Tuwichien – the village head of Moo 1 of Tambon Koh Tao, and the owner of a bar on the island – said he planned to hold another press conference to call for justice after his son was implicated in the case by social-media users.

Official DNA test results have showed his son was not involved in the murders.

People across the Kingdom celebrate the Loy Krathong Festival on the full-moon night of the Thai calendar’s 12th month, which is tonight.

The number of tourists on Koh Tao yesterday was not high, as authorities have banned beach full-moon parties, except at Koh Pha Ngan’s Rin Beach.