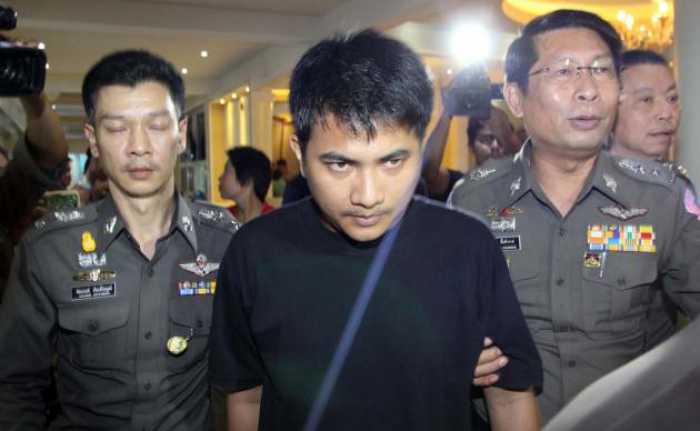 PHUKET: A bounty of 1 million baht has been offered for information leading to the arrest of a much-wanted Pattani-based businessman accused of trading in contraband petrol and bribing police.

Royal Thai Police spokesman Lt Gen Prawut Thawornsiri said yesterday the reward was offered by RTP chief Gen Somyot Poompanmoung himself, for Sahachai “Sia Jo” Jiansermsin, who had been charged with money-laundering and contraband petrol trading in the far South.

Gen Somyot earlier dismissed reports of 10 police generals being involved in the illicit lucrative business. He said lists of a large number of bribe-takers seized from Sahachai were being examined to identify the people, who were mostly referred to by nicknames or aliases.

Two former Army sergeants, accused of intimidation and corruption in association with former crime-buster Gen Pongpat Chayaphan and were expected to surrender yesterday, did not show up.

Bureau commissioner Lt Gen Sriwara Rangsiprammanakul said the Army had promised to secure both sergeants and hand them over to the police.

Twelve people associated with the corruption and intimidation racket involving Gen Pongpat are in custody while three others – the two former Army sergeants and Witthaya Theskhunthod – are still at large.

Police yesterday forced open two of the three deposit boxes seized from Gen Pongpat’s 11 homes and found nothing inside. The opening of the third box was underway as of press time yesterday. The two empty boxes had been handed to the Office of Police Forensic Science to inspect and extract fingerprints.

Meanwhile, National Anti-Corruption Commission (NACC) secretary-general Panthep Klanarongran said Gen Pongpat’s asset declaration was being examined and would be compared to a list he had submitted to the police to determine if they were accurate. An NACC probe on the unusual wealth acquired by Gen Pongpat would begin if details in the two reports were different.

Separately, a high-ranking Interior Ministry source said that district offices that had registered the family name Akkarapongpreecha had been instructed to remove it from a house registration database and to order people who had used it to revert to their original family names.

Public hearings on reform to start on December 27