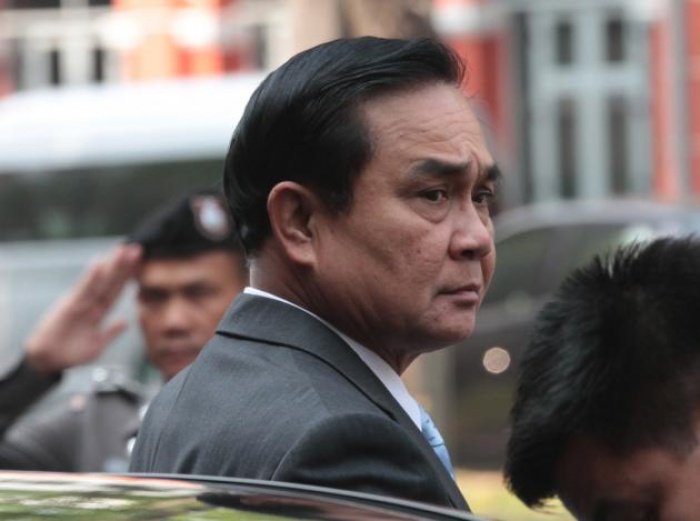 Mr Surapong made the comment after a meeting with Daniel Russel, the US assistant secretary of state for East Asian and Pacific Affairs, on Monday.

Mr Surapong had accompanied former PM Yingluck Shinawatra to the meeting and later told Mr Russel that Ms Yingluck’s political fate would be no different from that of her brother Thaksin. He also criticized the martial law for blocking freedom.

PM Prayut said he would spare Ms Yingluck because he had always held her in high regard as the country’s former prime minister, adding that if she wanted to travel out of the country, he would let the court decide.

After being impeached and banned from politics for five years, Ms Yingluck now faces prosecution in a criminal case over her failure to stop losses and corruption in the rice-pledging scheme.

“I beg you to not destroy the only hope you have. If you think I’m the only glimpse of hope, then it is because nobody has taken any responsibility,” he said.

“Don’t let anybody pressure your government. Thai people have honor and dignity. We must be proud of our Thainess and love each other.”

Meanwhile, Deputy Prime Minister Prawit Wongsuwan said if Mr Surapong had a tendency of causing political rifts, then the government had the right to summon him for attitude adjustment.

NLA panel to summon US envoy

5-day break in May backed by Cabinet