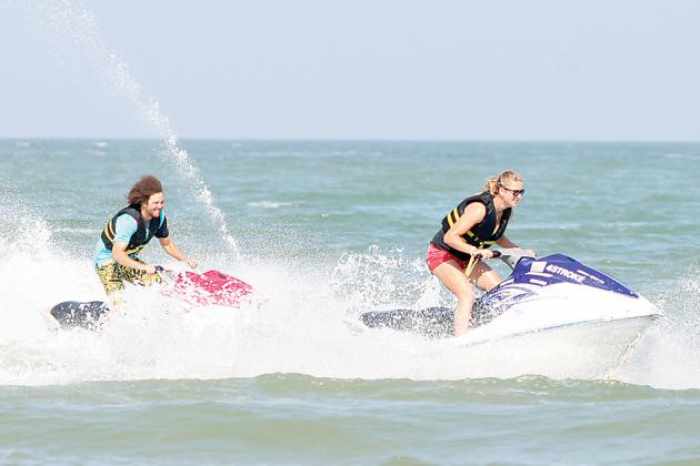 PHUKET: While Thailand is attracting tourists because of its beautiful beaches and wide variety of water sports, the country’s jet-ski rental businesses have become notorious after it emerged some operators were extorting money from tourists.

Prime Minister General Prayuth Chan-ocha brought the issue to the public’s attention on Friday during his weekly nationally televised address to the nation titled “Returning Happiness to the People”. He urged relevant authorities to deal with the problem at seaside resorts such as Pattaya and Phuket.

The extortionists reportedly knowingly allow tourists to use unsafe jet-skis and when accidents occur they demand exaggerated “compensation” payouts for “damage” caused to the vehicle and on occasion they have assaulted people or even robbed them.

– It needs to be determined if a machine was damaged due to a crash occurring because of its poor condition or because the rider was at fault.

– Operators often charge full price even though tourists return the vehicle before the deadline.

– Some operators damage jet-skis and if there is a crash they demand compensation.

– Some tourists have lost their belongings after leaving them with the operators.

So far, this year, there have been 54 complaints lodged against operators – 44 of which ended in settlements while the rest ended with civil lawsuits, the meeting was told. Most of the alleged victims were from India, China and Oman.

Pattaya police have set guidelines relating to the issue including establishing a settlement room to support fair negotiations, investigating suspect operators and requiring all operators to be insured.

There will also be a campaign in a bid to make more operators service-minded and an investigative team will be set up to handle cases.

The Provincial Port Office’s Pattaya director Rewat Phoriang said his office would establish zones for water sports to operate in the northern, central and southern parts of the city so jet-ski operators could monitor themselves. Rewat said that if any zone had a problem, the whole zone would be closed for up to a week.

Phetchaburi’s Cha-am City mayor Nukul Pornsomboonsiri cited as a possible solution to the problem the mirroring of a club his office and operators had established at Cha-am Beach.

All operators along the beach post clear price signs at the club, which punishes members who inappropriately treat visitors, he said. The club’s president, Montri Meerit, said the club had 125 jet-ski operator members and the beach area was divided into six zones so the area could be monitored efficiently and any tourist complaint could be dealt with in a timely fashion.