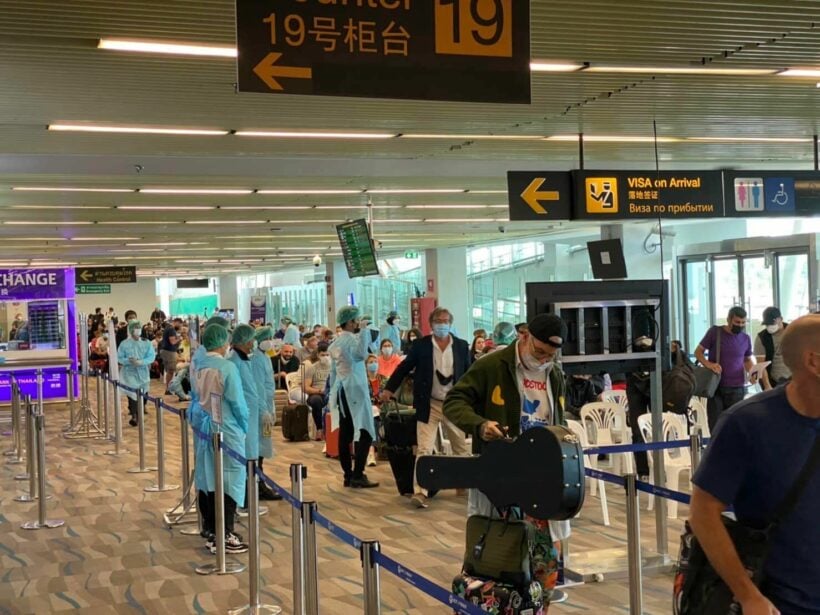 It might soon get a little easier to travel to Thailand. The government plans to scrap the pre-departure Covid-19 test requirements for vaccinated travellers entering the country under the Test & Go and Sandbox schemes. A spokesperson says they are waiting for confirmation.

Under the planned revisions, just a PCR Covid-19 test is needed on arrival and a self-administered rapid antigen test on the fifth day of their stay in Thailand under the Test & Go and Sandbox schemes, according to the Ministry of Foreign Affairs spokesperson Natapanu Nopakun, who gives the CCSA briefing in English. Plans to scrap the required PCR test before departure still needs to be confirmed, he says.

The pre-departure PCR test, taken at least 72 hours before takeoff, has been seen as a deterrent to travel as many say it is not only inconvenient, but expensive, especially for those travelling with children.

For those who are unvaccinated, the mandatory quarantine period is being cut down. Starting April 1, those entering under the Alternative Quarantine scheme, which is opened to both vaccinated and unvaccinated travellers has been reduced to five days.

Fundok
3 hours ago, Paulw said: Not that long ago I used to do a lot of flying and often got a cold shortly after flying, people sitting next to each other eating & drinking etc virus's get around despite modern…
Paulw
On 3/24/2022 at 10:44 AM, Faz said: The PCR test pre departure is not being dropped and replaced with a PCR test on arrival. The PCR test on arrival has been a requirement for a long time. Well it has…

Another dry Songkran. No water fights for the Thai New Year