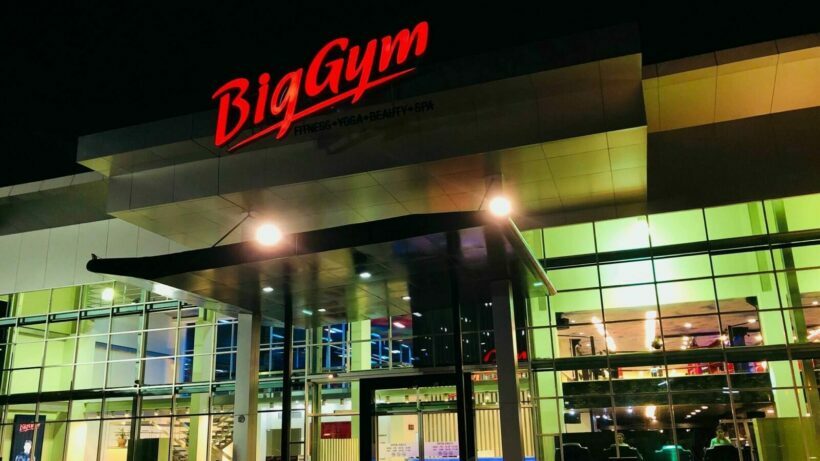 Yesterday, in Phuket, a joint complaint was filed by 36 gym goers after the fitness centre, BigGym reportedly closed 2 branches, allegedly without notifying their patrons that they were about to shut down. The complainants say they lost over 3.5 million baht in membership fees.

The members filed their complaints against BigGym with the Phuket City Police.

One member,” Mr Pornchai”, says that some members had already paid their yearly memberships, but the gyms are closed. He says they have paid 100,000 baht for their membership. Pornchai adds that the gym previously posted on Facebook to say they would compensate members who bought 3 month memberships, but when he contacted the owner he was told they would be reimbursed after all.

“Ms Araya”, another client of BigGym, says 16 customers had previously got together to file a complaint with the Chalong police as they lost around 300,000 baht. She adds that the case is in the court process.

“Me and my boyfriend lost about B50,000 in membership fees, and I know there are many more victims in Chalong, especially foreigners,” says Ms Araya.

She went on to say that to be a member at BigGym, or to buy special training courses, members needed to pay first, but when the gym closed, they did not get any money back.

BigGym’s Facebook page does not mention being permanently closed, but the last post does advertise membership prices. The gyms Instagram also does not mention a permanent closure, but it does feature multiple pictures showing what people look like working out or getting stretched.

Ldiablo22
If you dumb enough to pay 100,000 for a 1 year gym membership than you deserve to lose your fees.

triplebogey
i lost my private trainer

Benroon
TruArena in Bkk and Hua Hin, one of the best gyms I've ever been in worldwide is 17,000 per year, with a healthy supply of nimbettes to oggle - so what on earth do you get for 100k ?!?! Me…
dj230
100k for an annual gym memberships?    edit: nevermind the article says 2 people lost 50k baht and 16 people lost 300k baht numbers are all over the place
Alavan
Maybe some gyms had an "extra" floor where other gymnastic excercises could be had?