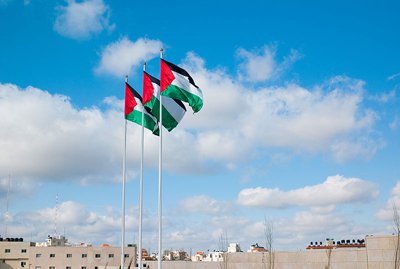 Palestinian Foreign Minister Riyad al-Maliki said his office received an official letter from the Permanent Mission of Thailand to the United Nations on Tuesday which stated that the Thai government has officially recognized Palestine and has initiated a process to establish diplomatic relations.

The office of al-Maliki said it established communications with the Thai government after the new government of Thai Prime Minister Yingluck Shinawatra took office in August 2011. The foreign minister added that he would continue talks with his Thai counterpart to formalize the diplomatic relations.

The Thai government did not comment on Palestine’s announcement, and calls to both the Permanent Mission of Thailand to the UN and the Thai Ministry of Foreign Affairs were not immediately returned. If accurate, Thailand’s recognition will bring the number of countries which recognize a Palestinian state to 129.

Last month, Iceland also formally recognized Palestine after its parliament voted in favor of the move.

Phuket Gazette / The Nation
PHUKET: An unknown number of gunmen in a pickup attacked the Daily News newspaper’s Rayong office early yesterday morning but no one was injured.The office of on Sukhumvit Road was ridden with bullet holes. Office furniture, air conditioning and neon tubes were damaged as well as a Nissan pickup truck parked in front of the office.

The vehicle belonged to Krittapas Taengphetch, 49, a reporter who was in the office when the attack occurred. He alerted police.

Found at the scene were 16 spent AKA rifle bullets, a 9mm bullet and two 9mm spent cartridges. Police are checking security camera footage from the surrounding area in an attempt to identify the culprits.

A police source revealed that the security video camera captured a golden-bronze single-cab Isuzu DMax pickup truck passing the office and a passenger in the front left seat rolling down the window and aiming a rifle at the office.

Daily News reporters suspect this attack is related to recent news coverage about a major Yaba (methamphetamine) gang in Klaeng district, which is reportedly linked to Rayong Provincial Prison inmates. The gang allegedly used war weapons to avenge another drug gang who had failed to pay them, resulting in death and injuries. The case’s suspects were on bail and might be disgruntled about the news reports.

An eyewitness, noodle vendor Khajornsak Chaisri, told police that he had seen the golden-bronze pickup truck with a driver and a passenger in the front seat. The passenger opened fire at the office before the truck sped towards Tambon Tapong.

Ships from the West

Phuket Gazette / The Nation
PHUKET: The Portuguese – the first Europeans to hunt for treasure in Southeast Asia – got off to a poor start, spending two years in the early 1500s violently establishing a foothold in the Malay state of Malacca. Lesson learned, they were more diplomatic in Pegu, Sumatra and Siam.

Just how peaceful their history was in old Thailand will be examined in a conference in Ayutthaya next week on the 500th anniversary of Siamese relations with the West.

Over two days, dozens of scholars will describe what happened half a millennium ago when the hulking, bearded strangers (think of the frightening farang “guardian” statues at Wat Po) first appeared on these shores.

“Malacca was where East met West, and the Portuguese came to take over the maritime trade,” historian Charnvit Kasetsiri told reporters during a recent preliminary tour in Malacca, once known as “the Emporium of the East”.

The Maritime Museum makes it clear that the Malays still fume about Portugal’s invasion. With a replica of the Portuguese ship Flor de la Mar bearing witness, the version of history as told by the loser has it that the wealth of sultans was piled onto that boat and carried off to Europe, along with dozens of skilled female weavers, calligraphers and dancers.

Much more tragically, they didn’t get far – the Flor de la Mar sank in a storm off Sumatra.

Also among its haul were letters and gifts that King Ramathibodi II of Ayutthaya was sending to King Manuel I of Portugal.

The first contact with Siam occurred before the conquest of Malacca. The viceroy of Portuguese India, Alfonso de Albuquerque, sent his envoy Duarte Fernandes to Siam to make acquaintance. The relationship has continued uninterrupted ever since.

In 1516 King Ramathibodi II granted riverside land for a Portuguese settlement and permission to erect a wooden cross, thus guaranteeing their right to worship God as they chose. In return, the Siamese received lucrative market access to Malacca, its erstwhile trading rival.