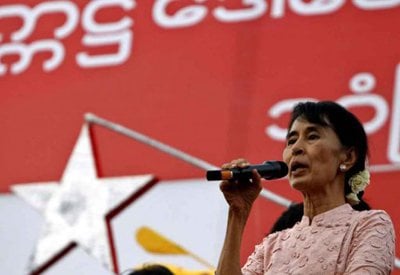 Thailand welcomes Burma’s decision to have international observers
PHUKET (The Nation): Thailand has welcomed the Burmese government’s invitations for international representatives as observers for the parliamentary by-election on April 1.

Opposition leader and Nobel laureate Aung San Suu Kyi is contesting the by-election, which will be held in 48 constituencies.

He said the move was considered an effort by the Burmese government to demonstrate to the international community its strong commitment to promoting the transparency, accountability, and credibility of the by-elections.

The minister said Thailand was very encouraged by the on-going progress in Burma’s democratization and national reconciliation process and reaffirmed Thailand’s strong support for Burma’s reforms and development efforts for the benefit of the Burmese people and the successful future of the country.

Surapong said he encouraged the international community to provide more support in concrete terms to Burma’s efforts in its democratization and national reconciliation as well as its economic reforms.

The international media reported that Burma’s President Thein Sein confirmed on Wednesday that his country would allow some foreign election observers to monitor next month’s polls, considered a crucial test of reforms in the country.

Cambodian government spokesman Khieu Kanharith was quoted as saying that Thein Sein, now making an official visit to Cambodia, had said each of the 10 member countries of the Asean would be allowed to send two official delegates to watch the April 1 by-elections.