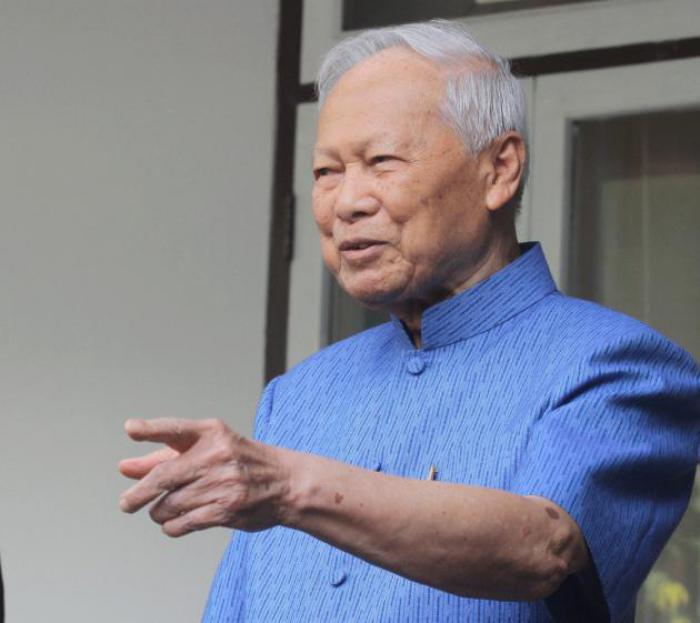 PHUKET: Some 161 people have been killed and 1,640 injured in 1,539 road accidents in the first three days of Songkran – with most accidents the result of drink driving, the Road Safety Centre reported yesterday.

While the death toll was lower than last year by 13, the number of accidents and injuries rose by 93 and 114 respectively.

Nakhon Ratchasima had the most deaths (10), while Nakhon Si Thammarat had the most road accidents (64) and the most injuries (69).

On Sunday, 59 people were killed and 747 injured nationwide in 689 accidents.

Drink driving remained the top factor behind accidents (42 per cent) followed by speeding (24 per cent).

Most accidents involved motorcycles (76 per cent) and pick-up trucks (15 per cent). Over half (63 per cent) occurred on a straight stretch of road, with most taking place from 4pm to 8pm.

Over half (53 per cent) of the victims were of working age.

Some 2,276 checkpoints nationwide have been manned by 66,571 officials.

The Public Health Ministry reported that the accidents were more severe than last year, with 65 per cent of fatalities instant.

The ministry’s emergency medical hotline 1669 has received 12,578 calls with medical units were sent out to 3,937 cases.

The ministry found 522 violators of alcohol bans in inspections from Friday to Sunday – 330 of whom received warnings while 192 others face prosecution.

The most common offence with 113 cases was engaging in marketing activities for the sale of alcohol, punishable by up to a year in jail and/or a fine of up to Bt500,000.

That was followed by selling alcohol outside permitted times with 34 cases, punishable by up to two years in jail and/or a Bt4,000 fine.

PHUKET: Privy Council President Prem Tinsulanonda should act as a mediator to broker between authorities in all sectors to draft a covenant under Royal command on how the country is to be ruled in times of crisis, a group of retired prominent bureaucrats proposed yesterday.

Former supreme commander Saiyud Kerdphol, the leader of the group, which calls itself “Rattha Bukkon”, or “Man of the State”, said that once the covenant was issued, the public was expected to accept it. Saiyud did not say whether the covenant would lead to reform, or whether his group’s proposal was in support of the anti-government People’s Democratic Reform Committee (PDRC), which is pushing an agenda of reform prior to the next general election.

“Our role is to advise on who in society would take which roles. The content of the covenant would be decided by the people who would take over,” he said at a press conference titled “The Way Out for Thailand: When [Prime Minister] Yingluck Is Illegitimate to Govern, Both Legally and Practically” held at a Bangkok hotel.

Retired General Saiyud said Prem had been informed of the proposal that he take on the mediator role, in the form of a written request and published articles, but he had not yet given a reply. Saiyud stressed that this mediator role was a position that would not exercise the King’s power under the Constitution’s Article 7.

The group regard General Prem as a statesman whose status is not merely ceremonial, but carries with it a duty to serve the country and the King under his royal command. On this basis they want him to commence the process of issuing a covenant, as the country is in trouble, Saiyud said. “We wish to see Statesman Prem broker between authorities in all sectors including the judiciary, the military and social leaders, to work out a covenant for the King to endorse,” he added.

He said his group’s proposal was immediately actionable, as the country had endured enough hardship. “Even [if] the PDRC’s reform is implemented and leads to the setting up of a new government after the election, the other side would likely begin to resist it and repeat what the PDRC has done, which would lead to the country’s crisis continuing,” he said.

Saiyud said independent academic Pramote Nakhonthap – who attended the session – had coordinated between Prem and the group. Pramote repeated later that his group’s proposal would not encroach on the King’s authority, or create any difficulties for him.

The dean of the National Institute of Development Administration’s Faculty of Law, Banjerd Singkaneti, said the group’s proposal could be implemented prior to a political vacuum, such as the current stalemate, actually developing, although another option was available – exercising Article 7 through a Senate speaker after such a vacuum developed. “Whichever way leads to success, I think all efforts are welcome from members of the public to come up with initiatives to find a way out in the meantime,” he added.

Pheu Thai sources said earlier that fugitive de-facto party leader Thaksin Shinawatra had instructed party legal advisers to fight to ensure that even if future rulings are made against caretaker Prime Minister Yingluck Shinawatra or the party’s policies, Pheu Thai could remain in power with a deputy premier or another cabinet member carrying on the government’s caretaker status.

The sources said Thaksin ordered that a general election had to be held as quickly as possible, with a member of the Shinawatra family as the candidate of Pheu Thai party. The sources visited Thaksin in Hong Kong last week, but only told reporters of Thaksin’s orders yesterday.

According to the sources, Thaksin does not expect there to be a coup, or that there will be any violence, because the red shirts in general and the Pheu Thai-allied United Front for Democracy against Dictatorship in particular would not stage any public gatherings near those of rival political groups.

Meanwhile, Democrat Party leader Abhisit Vejjajiva dismissed caretaker Justice Minister Chaikasem Nitisiri’s idea of seeking a royal judgement in case of a political vacuum. Such a practice was inappropriate towards the monarchy and would not be possible, he said.

A proposal that he himself had made under Article 7 when he was in power was different in many ways from Chaikasem’s. Hee had asked in 2006 that Thaksin and his Cabinet resign, and for Thaksin to later request a royally appointed prime minister.

The proposal stemmed from public demand and the anti-Thaksin movement, and that he had not endorsed the move.