PHUKET: Some 28 people, including a number of anti-government protesters, were wounded yesterday afternoon when two grenades were thrown at a rally site at Victory Monument.

Seven victims sustained serious injuries and were receiving treatment at four hospitals. One of the wounded is a female Post Today reporter, Sitthinee Huangnark.

Witnesses said the first grenade was thrown near a bus stop near the rally stage, which is located in front of Rajvithi Hospital.

After the first grenade went off at around 1.30pm, a group of protesters and rally guards chased a man suspected of throwing it. The suspect fired three shots in the air to scare away those chasing him, before lobbing another grenade down from a pedestrian flyover, injuring a second group of victims.

The suspect continued to flee on the pedestrian flyover, running into Rajvithi Soi 14. The man fired another shot at one of his pursuers, wounding him in the stomach, before running further into the soi and jumping on a waiting motorcycle, on which he fled.

Police later inspected the scene and identified two grenade pins as belonging to Russian-made RGD-5 grenades – the same type used in the attack on Friday on protesters at Banthad Thong Road. At least 36 people were wounded in that attack, and one died of his injuries early on Saturday.

Former Democrat MP Thaworn Senneam, a core leader of the People’s Democratic Reform Committee, which is staging the Shutdown campaign, said the attack was meant to harm him. Thaworn is supervising the Victory Monument stage. He said feedback from PDRC guards was that there were probably six men who took part in the latest attack.

The areas of adjustment include the location of road checkpoints and a request for police to hasten investigations into previous attacks, especially in gathering information on who was behind the attacks on protesters.

In an earlier attack on the PDRC’s Lat Phrao rally site at 11.20pm on Saturday, shots were fired at a

PDRC core leader Satit Wongnongtaey said the additional measures include inspections of all protesters’ baggage, an expansion of security rings around all rally sites, and more patrol teams around them.

Satit said joint operations between PDRC guards and police at road checkpoints seemed useless to him, as no ordinary vehicles going in or travelling near protest sites had been searched. Instead, only ambulances had been searched by police, he said.

PDRC leader Suthep Thaugsuban led a march yesterday from the Lat Phrao rally site to nearby areas and return without incident.

PDRC spokesman Akanat Promphan said that daily marches by protesters would continue unabated, but the government and the police had failed to bringing those responsible for the attacks to justice. They had only put blame on the protest leaders. He said the anti-government movement and protesters would gain nothing from carrying out such attacks.


Friday’s attack blamed on third party
The Nation / Phuket Gazette
PHUKET: The grenade attack on the anti-government march last Friday was the work of an ill-intentioned group bent on stirring up trouble and pointing blame toward the government, chief of the Centre for the Administration of Peace and Order (CAPO) Surapong Tovichakchaikul said yesterday.

Surapong, who is also caretaker Deputy PM and Foreign Minister, said police could not gain access to the scene shortly after the attack because the PDRC leaders did not let them enter.

“There was an attempt to prevent police from getting inside to control the situation and collect evidence, which suggests that an ill-intentioned group wanted to create a situation whereby the government would be blamed [for the attack]. The attack was not aimed at protest leaders as [first] claimed,’ he said.

Deputy Bangkok Police Chief Pol Maj-General Adul Narongsak said ini?tial investigations found that the area where the BB guns were found was far from the scene of the bomb blast. Shortly after the attack, PDRC guards refused to allow police entry to the scene, which hampered the investiga?tion. A number of military personnel were the first to be allowed access. Police were allowed entry later.

Adul said it was unlikely the grenade was thrown from a building nearby, as there were many obstacles in the way. And CCTV footage did not show any object being thrown into the area just before the blast occurred.

Adul said the footage showed a sus?pect in a white cap quickly take cover behind a telephone-exchange box just before the deadly explosion. After the blast, another man got out of a pick-up and ran straight to the man with the white cap. The two quickly collected some objects near the blast site with?out paying attention to the injured peo?ple. The footage, he said, had led police to believe that the suspects mingled with protesters before the blast.

“We can confirm that people responsible for the attack were among the protesters as the footage captured both their images and voices,’ he said.

Meanwhile, the National Human Rights Commission issued a statement condemning those responsible for the attack on Friday and called on all sides to refrain from using violence and to urgently hold talks to end the crisis.


Police officers from North, NE removed from Govt House
The Nation / Phuket Gazette
PHUKET: The police have agreed to withdraw about two of their companies from the Government House area after being asked to leave by the Students and People Network for Thailand’s Reform (STR). The policemen were mainly from provinces in the North and the Northeast.

STR security chief Nasser Yeema led network supporters to Government House to ask the police to maintain only two companies from Samut Sakhon and Suphan Buri inside the compound.

The protesters on Friday laid siege to the Kurusapa printing house, where ballot papers are printed. Election officials found that some ballot papers had been destroyed.

The EC has yet to check the extent of the damage because the protesters declared that no official was to go inside the printing house. They also put glue in the building’s locks, Puchong said. 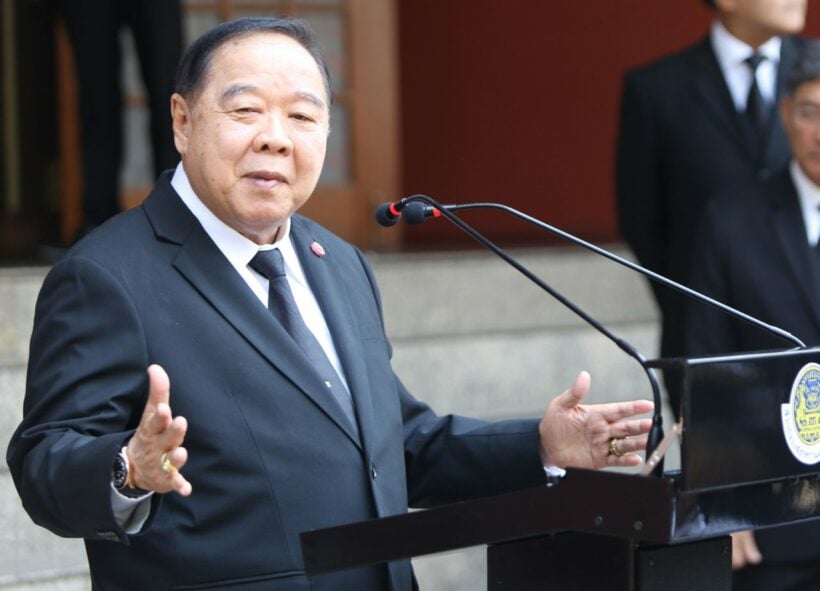 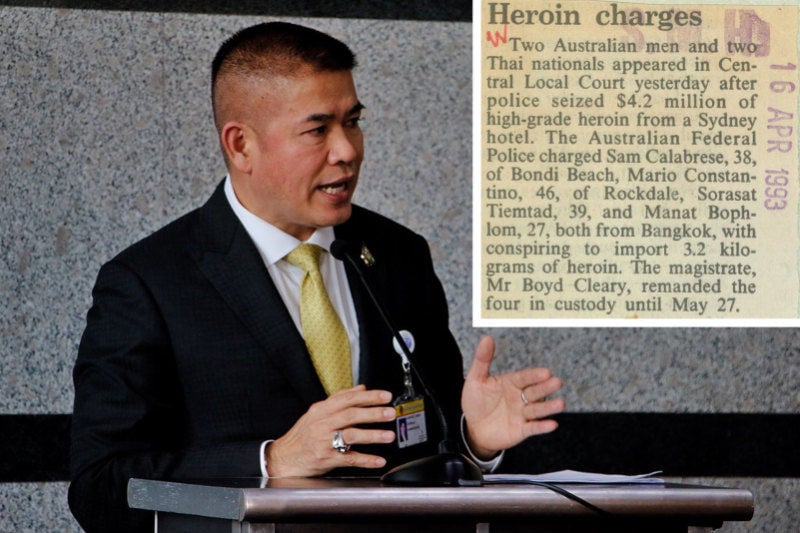 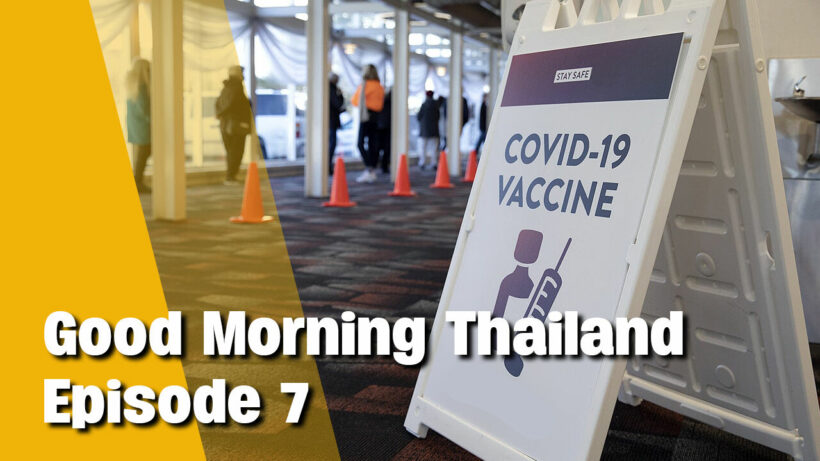 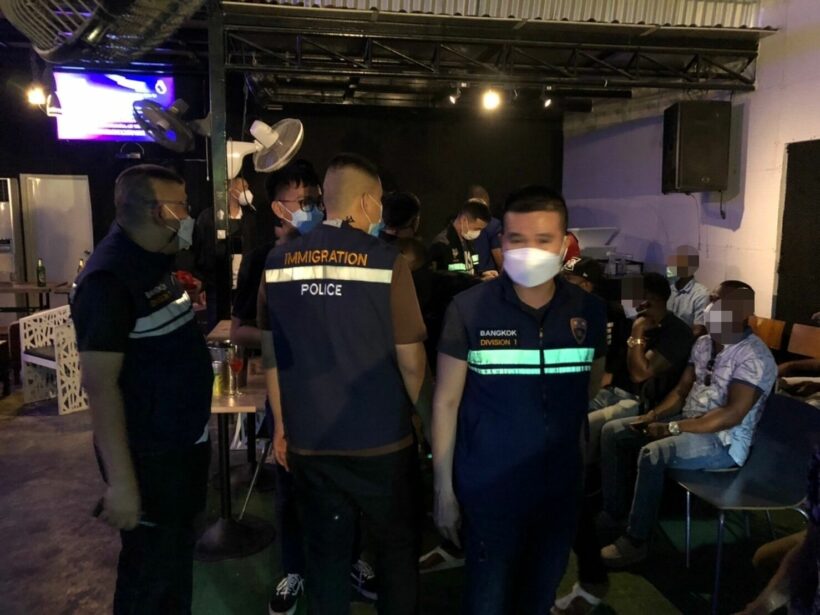