After a recent bus accident in Chon Buri that injured 26 Russian tourists, the Russian Union of Travel Industry (RUTI) recently urged Thai authorities to improve safety standards, or face a possible boycott by its members.

Narin Tijayung, director of the Tourism Authority of Thailand (TAT)’s office in Moscow, said the RUTI submitted a letter addressed to the Tourism Ministry via the office calling for concise, practical measures to ensure the safety of Russian tourists in the Kingdom.

The RUTI also reportedly demanded the Thai government solve these issues by the end of November, otherwise it will consider taking action to maintain the safety of Russian citizens. This action could include cancellation of all scheduled charter flights from Russia throughout the period of December 2013 to March 2014.

If the cancellations go ahead, other countries in the region – such as Malaysia, Singapore and Vietnam – would be picked as destinations instead of Thailand, the letter reportedly warned.

Officials from the TAT and the ministries of Tourism and Transport will hold a meeting on November 26 to discuss the Russian complaints, according to Transport Minister Somsak Pureesrisak.

In the first 10 months of this year, Thailand welcomed 791,755 Russian tourists or 5.72 per cent of 13.85 million visitor arrivals at Suvarnabhumi and Don Mueang airports, according to the TAT. The number rose 33.84 per cent from last year.

Meanwhile, the Department of Special Investigation will inspect 20 jewellery shops in Greater Bangkok, Phuket, Pattaya, Samui and other locations after the Tourism Ministry reported complaints of price gouging and cheating of foreign customers.

Permanent secretary Suwat Sidthilaw said yesterday after submitting the ministry’s request for a probe to Tarit Pengdith, director-general of the DSI, that at least 20 tourists have filed complaints of being duped. The latest case was a Portuguese national who was fooled into buying fake jewellery from a Bangkok shop, so the DSI must take action against these daring con artists. He said the practice of selling overpriced products to foreign visitors was damaging to the jewellery business, which was a key source of income for the country, contributing Bt2 billion-Bt3 billion a year.

Tarit said the DSI would now seriously crack down on these offenders – who often changed the names of the shops and owners but rarely the location – and the tour guides and tuk-tuk drivers who act as their accomplices. The DSI already has a list of some 20 suspicious jewellery shops to check out. The agency would soon join with the Tourism Ministry to open an operations centre to stamp out the racketeers targeting tourists, he added.


Pheu Thai blasts court
The Nation / Phuket Gazette
PHUKET: A constitutional crisis is brewing after the Pheu Thai Party strongly lashed out against the charter court’s ruling, saying the court’s action was tantamount to a coup d’etat.

Pheu Thai’s legal adviser, Chusak Sirinil, said the ruling coalition parties were preparing to file two charges against five court judges who ruled that the charter amendment was unconstitutional, for violation of the Constitution’s Articles 157 and 112 (interference and violation of the King’s power).

The ruling, which killed the bill, was announced while the law is pending royal endorsement.

While the issue of the court’s authority to rule on the case is being hotly debated, on the other front, anti-government groups have started their campaign to oust the government. Five impeachment petitions have been submitted to the National Anti-Corruption Commission (NACC), which will be combined into a single case. Named in the petitions are House speaker, Senate speaker and 312 other parliamentarians related to the charter amendment.

In a three-point statement, Pheu Thai said the court’s ruling was an interference in the affairs of parliamentarians, and as such was like a coup against the mandate of the people. The statement was issued a day after the Constitutional Court ruled that the charter amendment bill regarding senator selection, endorsed by 312 parliamentarians, was unconstitutional.

“The 312 MPs sponsored the charter amendment bill on the Senate’s composition to make the charter democratic based on the principle that the ruling mandate belongs to the people. As a result, all parliamentarians must be elected in accordance with the principles of the 1997 charter, which was the people’s constitution,” Pheu Thai said.

“It is extremely dangerous for a democracy when the court claims that the amendment bill violates several articles of the Constitution but the judges themselves abuse their authority outside the Constitution’s scope to reach such decisions.”

Meanwhile, Deputy Prime Minister Phongthep Thepkanjana told the House yesterday that Prime Minister Yingluck Shinawatra has instructed the Council of State to study the ruling and advise the government what to do next as the ruling was unprecedented.

The NACC yesterday decided to launch an inquiry into MPs and senators involved in the charter amendment. The inquiry is a first step for impeachment and criminal proceedings. Should the NACC find cause for removal from office, the case would be forwarded to the Senate to hold an impeachment trial. Should there be criminal culpability, the case would be tried in the Supreme Court’s Criminal Division for Political Office Holders. Three NACC members, Vicha Mahakun, Jaided Pornchaiya and Pakdee Pothisiri, have been designated as lead inquirers responsible for the case.

“The impeachment petition is not meant as a revenge but is to uphold the rule of law,” Prasarn Marukpitak, a member of the 40 Senators Group that filed the petition said.

Former charter framer Seri Suwanphanont said impeached MPs would not qualify for re-election and would be banned from casting legislative votes during trial. Should the impeachment trial be activated, the MPs involved will not be able to evade the proceedings even if the House were to be dissolved, he added.

The four, led by Weng Tojirakarn, said they were dissatisfied with the judicial intervention in legislative affairs.

“From what I see, the Constitutional Court staged a bogus coup aiming at seizing power from the legislature even though the Constitution does not empower the court to meddle with 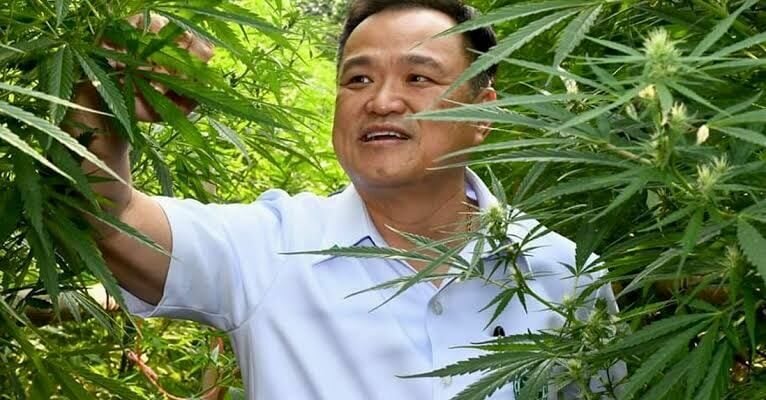 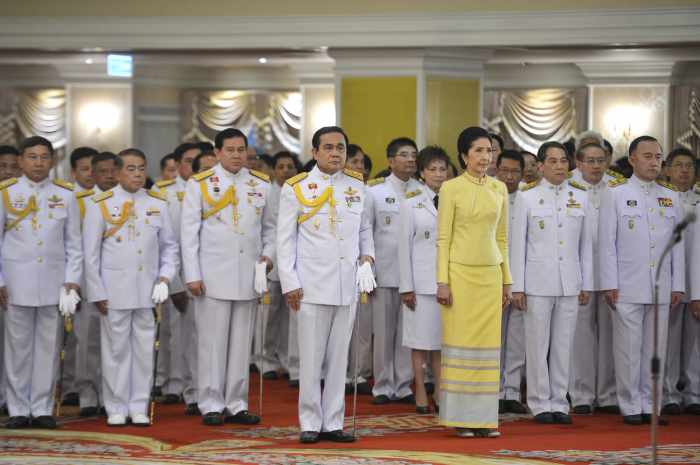 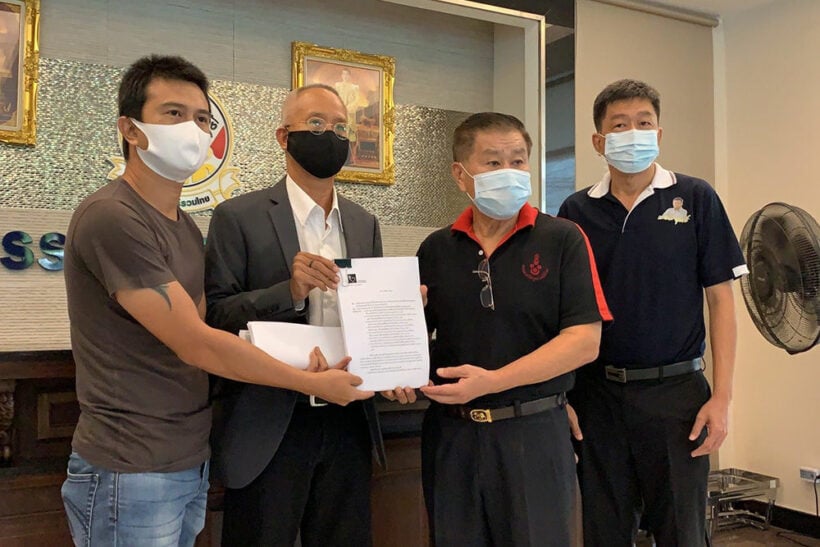 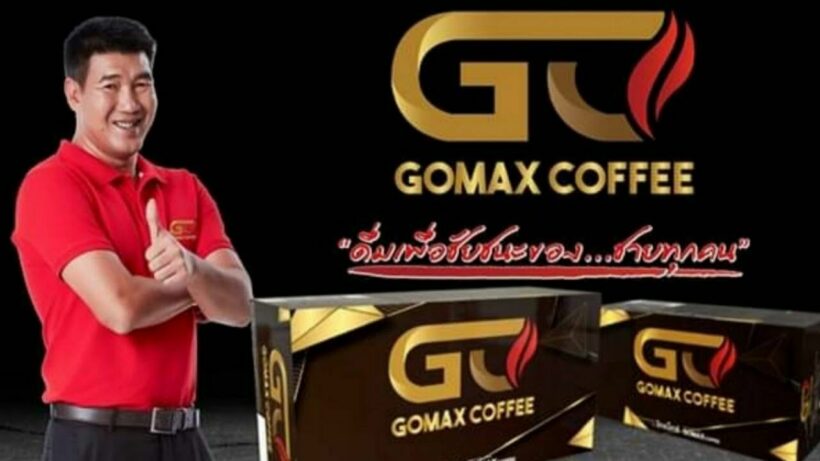 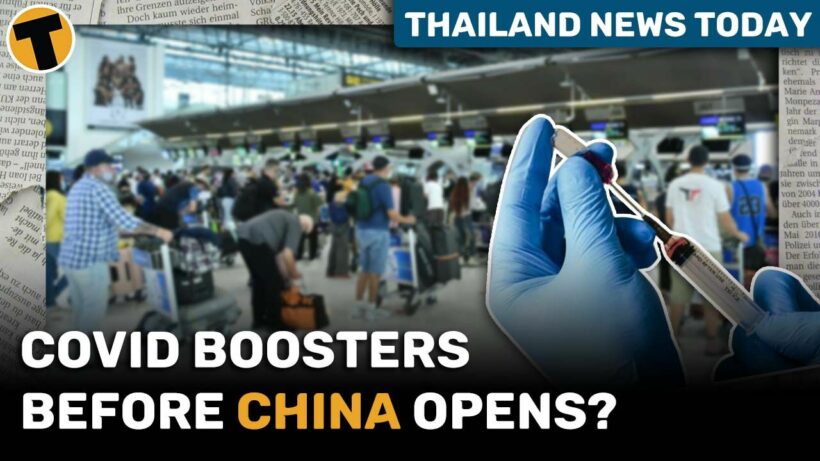