In a special TV broadcast, Yingluck said her government has no choice but to use the ISA after the anti-government protesters stepped up their protests by invading, seizing many government agencies and destroying the assets including the front gates. The protesters also cut off electricity and water supplies in those buildings, the moves that would affect officials and people in general. The premier called for people not to provide cooperation with the protesters who broke the laws and to cooperate with government officers so that the situation returns to normal.

The US Department of State also issued a statement, urging all sides to avoid violence.

“The US Government is concerned about the rising political tension in Thailand and is following the ongoing demonstrations in Bangkok closely. We urge all sides to refrain from violence, exercise restraint, and respect the rule of law. Violence and the seizure of public or private property are not acceptable means of resolving political differences,” said its spokesperson Jen Psaki.

Earlier on the day, the prime minister refused to resign or dissolve the House and plans to use the two-day censure debate, which will start today, as a venue to explain the government’s stand.

“I will fully explain every issue during the censure and in order to overcome time constraints, may also issue additional clarification at other venues,” she said yesterday.

Yingluck was speaking at the weekly Cabinet meeting.

After the meeting she was asked by reporters if she insisted that she would neither resign nor call a House dissolution. She said, “That’s correct.”

Meanwhile, junior coalition parties will not desert the Yingluck Shinawatra government – even if the government has been rocked to its core by the Rajdamnoen protesters led by former Democrat MP Suthep Thaugsuban.

Chief coalition whip Amnuay Klangpha said he was not concerned that protesters might lay siege to Parliament today, coinciding with the censure debate.

Today’s censure is scheduled to begin at 9.30am and the debate will last until 3am. Tomorrow the censure will resume at 10.00am and conclude at midnight. The censure vote will take place on Thursday, he said.

The two are expected to issue rigorous rebuttals to issues raised by the opposition.

The opposition party has prepared more than 20 MPs for the debate and is ready to expose alleged corruption scandals of the government, he said.

A government MP who asked not to be named said the junior coalition parties had no choice. They could not stop the political turmoil even if they decided to withdraw from the government coalition.

The junior parties had been pushed into working with the ruling Pheu Thai Party in violating Article 157 of the criminal law and the Constitution, and their implementation of the constitutional-amendment bill related to the Senate.

The MP said the Constitutional Court had ruled in favour of the opposition Democrat Party, which appeared to be politically a bad sign. That’s why they should keep their silence now.

“I cannot guess the future of MPs and senators who proposed the charter amendment. They might have to cease their duties this week by order of the National Anti-Corruption Commission [NACC]. If that happens, Pheu Thai must reject the NACC’s decision for sure and [this will] lead to political deadlock,” he said.

A Chart Pattana MP, who also asked not to be named, said he went to the Rajdamnoen rally site to join the protest on Sunday as a Thai citizen, not a government MP. He said he had no idea if the Yingluck government would survive the opposition moves, especially a House dissolution, which might not be enough to satisfy the demonstrators.

“I admit the Democrats’ battle strategy is better than the government’s. Suthep and his fellow protest leaders succeeded in analysing the situation and set up conditions consistent with the times. Meanwhile, the Pheu Thai Party’s strategy is like two boats tied together. If one boat is burned, it would destroy the other boat,” he said.

At about 2pm yesterday, due to the large number of protesters rallying near the Parliament, parliamentary officials were told to leave, but there had been no announcement that they should stay home from work today.


Call for people’s government
The Nation / Phuket Gazette
PHUKET: Suthep Thaugsuban, a key leader of the protest against the so-called Thaksin regime, announced a plan to form a “people’s government” yesterday following a peaceful seizure of state power by the people.

In a symbolic gesture to paralyse the government, demonstrators began three sieges – at the Finance Ministry, the Public Relations Department (PRD) and the Foreign Ministry.

The latter incident saw about 100 protesters from the Network of Students and People for Thailand’s Reform occupy a carpark at the Foreign Ministry in the early evening.

“A people’s government will be established to amend the country’s rules so that it is genuinely a democracy under constitutional monarchy,” he said.

Suthep encouraged people who back the protesters’ cause to seize state power “with their bare hands” by occupying government offices all across the country.

He spoke at a press conference held inside the Finance Ministry after a group of protesters that he led managed to occupy the Budget Bureau, which is located inside the ministry’s complex. Suthep was surrounded and asked by an army of reporters, many from television stations accused by the protesters of failing to sufficiently cover the mass street demonstrations over recent days.

Suthep said the occupation of the Finance Ministry was an example made for people to occupy state offices in their areas. This was part of efforts to paralyse the “Thaksin regime”.

A senior Democrat politician who recently resigned as an MP, Suthep denied he was rebelling against the government. He said the government lost its legitimacy to rule after it rejected the power of the Constitutional Court.

Prime Minister Yingluck Shinawatra expressed concern yesterday about protesters occupying the Finance Ministry compound. She said the government had not expected the protesters to trespass into a government office.

Yingluck said protesters could cause damage and hurt confidence in the government with intrusions into state offices. However, she said the Cabinet had no plan to declare a state of emergency. 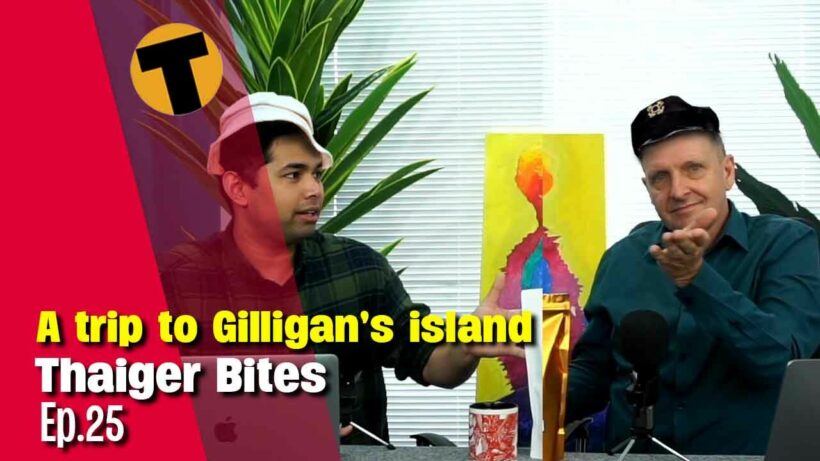 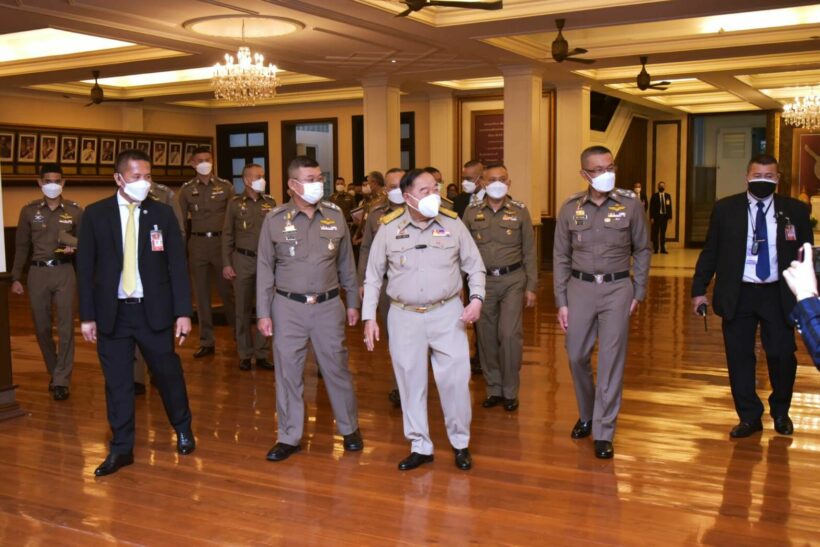 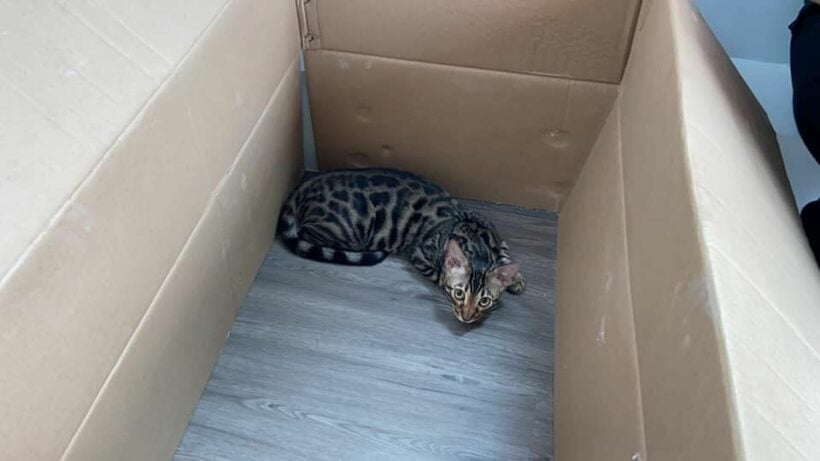 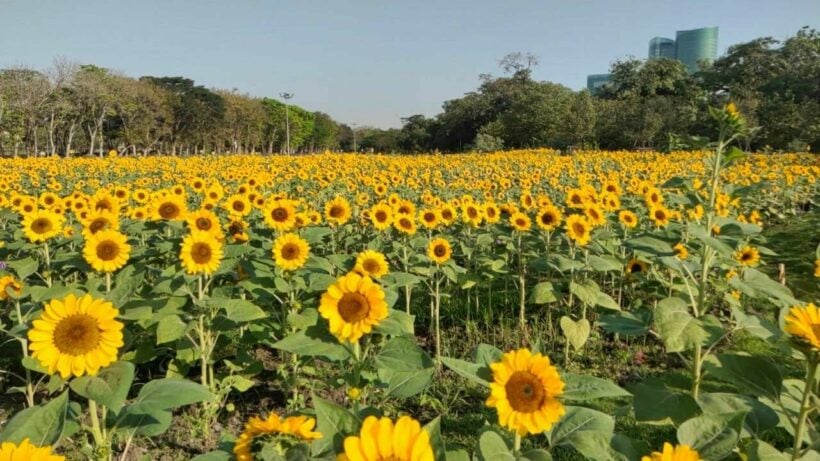 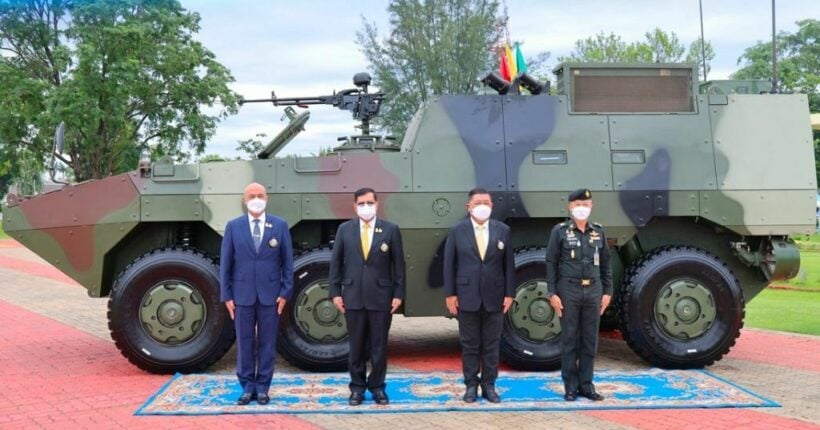