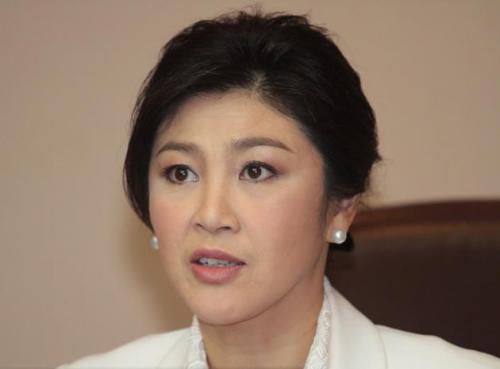 
PM to fight Thawil’s return as NSC chief
The Nation / Phuket Gazette
PHUKET: Prime Minister Yingluck Shinawatra has decided to appeal to the Supreme Administrative Court against the reinstatement of Thawil Pliensri as secretary-general of the National Security Council.

Tongthong Chandransu, PM’s Office permanent secretary, said yesterday that Yingluck would follow the recommendation of the government’s legal advisory committee headed by PM’s secretary-general Suranand Vejjajiva that she appeal the Central Administrative Court’s order to transfer Thawil from his advisory post back to the NSC.

Tongthong, a member of the committee, said there was a legal ambiguity that might interfere in the government’s ability to transfer officials from an active position to an inactive position of the same grade.

The lower court had compared the two positions – NSC chief and government adviser – in terms of whether they were equally active and judged the transfer as unfair, he said.

“The government will not be able to transfer heads of state agencies to become advisers to the PM or ministers. At ministries, the government cannot transfer directors-general to inspectors’ posts even though they are at the same level and enjoy the same salary and perks,’ he said.

The PM not only wants to get a final determination but also to set a precedent that can be used in administration in the future.

“The decision to appeal is not to harass anyone but to bring about legal clarity,’ he said.

Thawil said he would look into the details of his case before taking further action. He questioned why the government did not lodge an appeal in the case of Interior Ministry permanent secretary Peerapol Traitossawit.

Tongthong said the government chose to close the Peerapol case because he had retired.

Thawil has threatened to petition the National Anti-Corruption Commission and the Ombudsman if the government files an appeal in his case.

The court earlier referred to the transfer of former national police chief Wichean Potephosree to replace Thawil at the NSC, saying it was done to clear the way for Pol General Priewpan Damapong to succeed Wichean as police chief and not for the sake of efficiency or the job. The transfer was also conducted in a hasty manner.

NACC member Klanarong Chantik, meanwhile, denied that he had pushed Thawil into filing impeachment proceedings against Yingluck for getting him unfairly transferred.

He said he had only commented that if Thawil could file a petition with the NACC, then the agency would decide whether it had the authority to rule on such a case.

Investigators were now in the process of concluding the case, after compiling strong evidence, Parinya said, adding that the case would be passed on to public prosecutors, who would charge the four suspects in court. The suspects include Akeyuth’s chauffeur, Santiparb Pengduang.

Investigators could answer all of the 13 points of suspicion raised by Akeyuth’s relatives and lawyer, Suwat Apaipak, Parinya said.

Suwat told the House panel that several suspicious points relating to the chauffeur had led him to believe that Akeyuth was assassinated at someone’s order. Suwat added that Akeyuth had told him he had conflicts with Prime Minister Yingluck Shinawatra and former prime minister Thaksin Shinawatra.

Suwat said he had learned that a group of men dressed like military and police officers were seen at the mouth of the soi in which Akeyuth had dinner before he was abducted.

But Wang Thonglang Police Station chief Pol Colonel Sanhakij Bamrungsuksawat told the House panel that police had checked security-camera footage and found no trace of such a group of men.


Suspects in luxury-car racket surrender to police
The Nation / Phuket Gazette
PHUKET: Nareunart Kuansawat and Thanan Kuansawat, suspected of involvement in the trade of high-end cars modified to avoid taxes, turned themselves in Thursday to police.

Tarit Pengdith, chief of the Department of Special Investigation (DSI), said there was strong evidence to suggest the duo were investors behind the six imported high-end cars that mysteriously caught fire in Nakhon Ratchasima.

However, the two men denied all charges and told DSI investigators that they were in the housing estate property business. They declined to give any testimony about the luxury cars, gas receipts, or about their relationship with the owner of the transportation company responsible for transporting the vehicles.

Posting Bt2 million for their bail, the duo said they would submit documents to the DSI on June 28 at 1pm to back their testimony. Investigators initially released the two without asking for bail, but the duo insisted on posting Bt2 million in order to show their sincerity.

In accordance with the law, the DSI said, the two men were innocent until proven guilty. However, Tarit claimed evidence clearly suggested the duo were behind the six burnt luxury cars. He added that investigators would continue to look for the other suspects in the case, including the elusive Nathee Rewthong, 31, a one-armed amputee.

Meanwhile, some of the owners of the 548 luxury cars who were required by the DSI to submit their vehicles for inspection told investigators they had already sold their cars, but had not yet transferred the car registrations to the new owners. Tarit said each case would be checked carefully to ensure justice on all sides.


Gold prices hit 3 year low
The Nation / Phuket Gazette
PHUKET: Gold fell to its lowest price in three years after US Federal Reserve chairman Ben Bernanke said stimulus measures might be reduced this year as the US economy recovers. Market expectations are for the price to fall below US$1,300 (about Bt40,480) an ounce this month, while the local gold price declined slightly, eased by appreciation of the baht.

In London, gold fell to the lowest in more than two and a half years, exceeding the drop in April.

Gold has slumped by 22 per cent so far this year amid speculation the Fed will pare its quantitative easing (QE), which helped the metal cap a 12