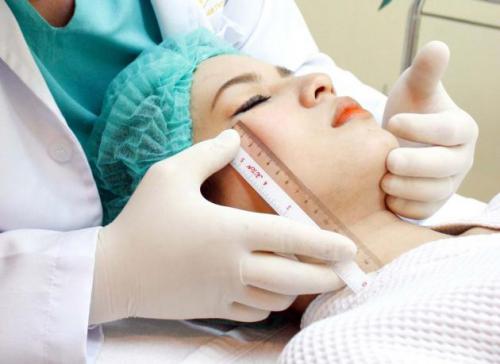 PHUKET: The tourism sector is going on high alert and setting up “Tourist Friends Centres” in key locations across Bangkok ahead of |possible chaos on Monday as anti-government protesters try to bring the capital to a halt.

Centres will be located in the Huamark area as well as at Don Mueang and Suvarnabhumi airports. There will also be booths set up at BTS and MRT stations including Phaya Thai, Ekkamai and Hua Lamphong. Similar services will also be offered at three hotels: Imperial Queen Park, Twin Towers, and one in the Sathorn area.

Foreign tourists will be advised to avoid the capital when they arrive, while those scheduled to stay in Bangkok will be informed of the services on offer.

Delegates from tourism-related operations as well as officials from the Tourism and Sports Ministry, led by deputy |permanent secretary Kajorn Weerajai, discussed the issue yesterday and looked for ways to help foreign tourists in case severe traffic brings the capital to a standstill on Monday.

On that day, 150 volunteers will be put in charge. Taxi boats that have the capacity to carry 200-300 passengers, as well as buses and vans, will be prepared to provide services in case of urgency.

Tourists will also be given US$100 (Bt3,200) a day if they happen to miss their scheduled flight by more than eight hours.

Kajorn said he was not sure how long the centres would be able to provide these services, adding that the ministry planned to monitor the situation on a day-to-day basis.

Thirayuth Chirathivat, chief executive officer of Centara Hotels and Resorts, said the property located at CentralWorld in downtown Bangkok would most definitely be affected.

He has instructed all staff members to be on high alert and keep all guests updated on the situation.

Separately, the Tourism Authority of Thailand (TAT) said that if the protest continued, the number of tourist arrivals would be affected.

It predicts that arrival numbers will drop by 4-5 per cent this quarter, and as a result, the total number of arrivals this year would be 29.6 million, down from the 29.86 million projected previously.

Tourism revenue is also expected to |drop to Bt1.43 trillion, down from Bt1.44 trillion.

Some 20 foreign embassies on Silom, Sathorn and Wireless roads could be affected by the demonstrations.

Sihasak was speaking after briefing foreign diplomats about the situation.

Of the 63 representatives from 50 countries, 28 were ambassadorsfrom France, Germany, Denmark, Italy and Canada. Thailand, as a host country, is committed under the Geneva Convention to provide safety for the envoys and their staff as well as ensure they have ease of travel.

Sihasak said he had briefed the diplomats about the safety measures the government was taking and ensured them that the government would solve the problems in a peaceful way and in line with democratic principles.

The Centre for the Administra-tion of Peace and Order (CAPO) will be in charge of ensuring the safety of foreign diplomats, embassies and staff.

He quoted some foreign diplomats as expressing concern at reports that the anti-government protesters will close down many intersections in the capital and hence make it difficult for them to enter and leave their embassies without problems.

He said the French ambassador was particularly concerned because his staff are currently working in the compound of CAT Telecom on Charoen Krung Road while the embassy is under renovation and had its electricity disconnected during earlier protests.

The German ambassador to Thailand was also worried about rumours that protesters would seize the two airports.

“I have confirmed that the rally leader Suthep Thaugsuban has guaranteed there will be no shutting down of the airports,” Sihasak said.

PHUKET: The Constitutional Court yesterday ruled that the passing of the bill to amend Article 190 of the charter is unconstitutional as it will destroy the checks and balance mechanism of Parliament, harm public interest, as well as unfairly strengthen the executive branch.

The court also said the deliberation process was hasty and cut short, making it unconstitutional.

Article 190 of the Constitution requires all treaties and contracts signed with other countries, which could have a serious socio-economic impact, to be approved by Parliament. The government has removed that clause to bypass the parliamentary process for such treaties.

“It is an attempt to reduce the power of Parliament and increase the power of the executive … with an important implication,” the court said in its ruling. It added that any attempt to hasten the signing of a treaty with other countries without proper scrutiny and checks and balances could cause irreversible damage to Thai society.

The court said the move violated articles 3, 68 and 125 of the charter and was tantamount to an attempt to overthrow the current political system.

“The actions affect the checks and balances mechanism and may lead to absolute power in dealing with the signing of treaty with other states… It may lead to ensuing problems that may not be redressed.”

The court made it clear that signing any treaty with a foreign state is a very important matter and Parliament as well as the public must have ample time to debate, scrutinise and oppose it if necessary.

The petition was filed by opposition Democrat MP Wiratana Kalaysasiri, who argued that Parliament’s passing of the bill last year contravened the charter.

Wiratana said he would gather the signatures of at least 20,000 eligible voters to ask the National Anti-Corruption Commission (NAAC) to impeach legislators who had tried to amend Article 190 of the Constitution. The amendment efforts, according to the majority vote of the Constitutional Court judges, are unconstitutional.

The court ruled on the case in response to Wiratana’s petition.

Yesterday’s ruling delivered another serious blow to the Yingluck government, which is already reeling under the ongoing political crises.

Earlier, the court had ruled the charter change on composition of the Senate as unconstitutional. The NACC later opened investigations to impeach lawmakers, who had backed the bill amendment, and decided to press charges against 310 lawmakers, including former Parliament president Somsak Kiatsuranont and Senate Speaker Nikom Wairatpanij.