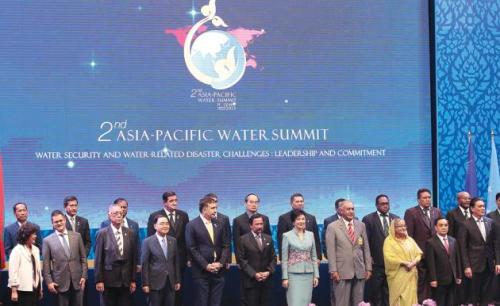 PHUKET: The police’s Anti-Human Trafficking Division (AHTD) yesterday applied for an arrest warrant for a Thai woman who allegedly lured her 17-year-old niece into prostitution with a well-paid job in South Korea.

The move came after the girl was rescued and sent back to Thailand on Saturday night after calling for help via Facebook.

AHTD commander Pol Maj-General Chawalit Swangpuech said Thai Police worked with Seoul police to rescue the Roi Et girl, identified as Ae (not her real name). The girl, a former employee at a Pattaya tour company, reportedly told police her 43-year-old aunt, who married a Korean man and opened a massage parlour in Seoul, told her about a well-paid restaurant job there. So, she travelled to South Korea with a Korean man and a Thai woman early this month.

After arrival, a Korean gang took her passport and forced her to work as a sex worker for 20 hours a day. She said she tried to phone her aunt for help but was turned down, so she used Facebook to notify a Thai police officer – which led to the rescue.

Chawalit said police had applied for an arrest warrant for the aunt for charges of human trafficking and procuring a child for sex work. Police were also checking with Immigration Police for the names of the Korean male suspect and Thai female that accompanied the girl to Seoul.

AHTD officer Pol Lt-Colonel Chusak Apaipak said this case, which saw collaboration between the AHTD and the Social Development and Human Security Ministry, had also led to the rescuing of seven other Thai women. Besides a suspect now in police custody, he said Thai police would also ask Interpol in South Korea to arrest a Korean man alleged to be the gang’s leader.

Deputy superintendent of Khok Srisuphan station in Sakhon Nakhon, Pol Lt-Colonel Thanin Jindasamut, was the person who received Ae’s call for help via his Facebook page. He said the girl managed to tell him about her ordeal and the shop location so he alerted the AHTD and the Thai Consulate who then came to her aid.

The official declaration by leaders of 40 countries highlighted the need to encourage the inclusion of disaster risk reduction in the United Nations’ development agenda beyond 2015, upgrade regional cooperation, promote the efficient use of water resources, and forge better partnerships between the government and all other stakeholders in water-resource management and development.

The unofficial one, issued by the People’s Network of North and Northeastern River Basins, also called for an integrated approach to water management that involved cooperation from all stakeholders.

Both versions came at a time when people in the region have become acutely aware of water-related threats, including disasters, and the need for cooperation, in the wake of a massive flood in 2011.

APWS members are now expected to increase transfers of technology and enhance capacity building and knowledge sharing to optimise manifold use of water and minimise adverse impacts from water-related risks and disasters on people’s livelihood.

Rapid urbanisation, climate change and surging demand from agriculture have heaped pressure on scarce water supplies, while most people in the Asia-Pacific still lack access to safe water despite booming economic growth.

There could be a fight over resources unless countries agree to share water, Prime Minister Yingluck Shinawatra said at the forum yesterday. “No country in this region can handle these challenges alone.”

The People’s Network, meanwhile, said water management without proper understanding and fairness had led to disasters and many problems.

In its so-called People’s Version of the Chiang Mai Declaration, the network recommended respect for local wisdom, as people living in the affected areas knew best about putting water management into the local context.

It also called on governments to proceed in line with good governance and ensure public participation in water management, especially when it came to big projects.

PHUKET: Democrat heavyweights have threatened to sue Department of Special Investigation director-general Tarit Pengdith if he refuses to review his agency’s decision to press charges against Democrats over donations to the party.

Party adviser Banyat Bantadtan said that he and other members would tell Tarit to defer taking statements regarding the donation case. He said they would also exercise their right to object to DSI’s decision to press charges. If the DSI refused to review the case, his party would use the Criminal Code’s Article 157 and accuse DSI officials of malfeasance. “We can file both civil and criminal cases against them,” he said.

Keep checking the Phuket Gazette’s Thailand and World pages, join us on our Facebook fan page or follow us at @PhuketGazette for the latest local, national and international news.