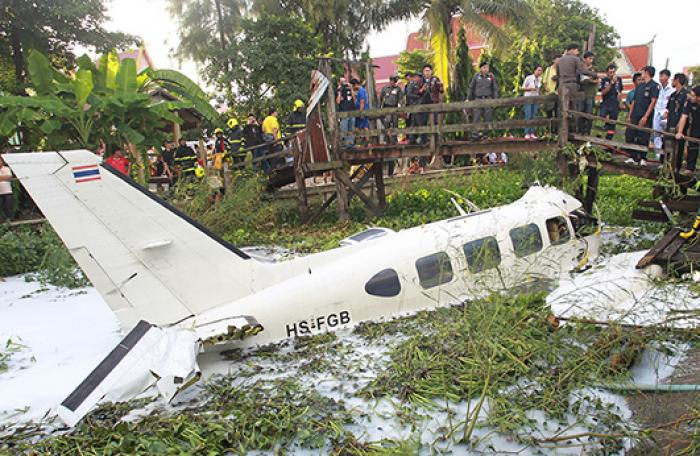 BANGKOK: The pilot of a small plane was killed and four others were injured in a crash in Bangkok yesterday.

The plane, a 10-year-old Piper Chieftain registered as HS-FGB, belonged to Rabbit Wings Co Ltd. It was reportedly travelling from Nakhon Ratchasima province to Suvarnabhumi Airport when it crashed a few kilometers north of the runway.

The people on board were employees of the airlines. The injured included a co-pilot, a machinist and a company employee, as well as a local woman in the area.

Officials probing the wreckage revealed that the aircraft did not have a ‘black box’ to record flight data prior to the crash, so the team did related measuring at the scene, such as the height of tree branches that were hit by the plane’s wings.

They also checked the plane’s engines in a bid to determine the cause of the crash.

Bomb attacks in south ahead of vote