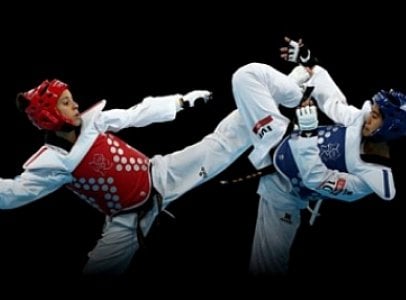 PHUKET: Chanatip Sonkham made Thailand proud this morning as the 21-year-old from Phatthalung mercilessly crushed Elizabeth Zamora Gordillo from Guatemala 8-0 in the bronze-medal match of the women’s Taekwondo 49kg class in the 30th Olympic Games.

The medal is the country’s second in London after weightlifter Pimsiri Sirikaew handed Thailand the silver from the women’s 58kg class, the nation’s first Olympic medal in London.

The bronze medal has guaranteed Chanatip the bonus of over 6 million baht from generous sponsors which include 300,000 baht each from Osotspa, McDonald’s, AIS, Siam Commercial Bank, Khaosod, Channel 7, ThaiBev and Ichitan.

Channel 3 will also award each bronze medalists 500,000 baht aside from 4 million baht from the National Sports Development Fund.

She will also receive a motorcycle worth 120,000 baht from Honda and Thai AirAsia air tickets worth 300,000 baht.

PHUKET: Having been in the shadow of his peers for the most part of his career, veteran light flyweight Kaew Pongprayoon’s fight for his place in the spotlight was successful when the diminutive boxer outclassed his opponent Alexsandar Alexsandrov of Bulgaria in the quarterfinal bout of the 49kg class by a six point margin 16-10.

It has been a long road for the fighter from Kamphaeng Phet province, the last Thai hope in the Olympic boxing competition.

Having entered the boxing ring at 17, Kaew took just three years to make it to the national team but found his opportunities limited when it came to representing Thailand in major international tournaments. His ability was not in doubt, but his body frame was considered too small and that is why so far he has had only titles at regional sporting events.

However, he eventually got the chance to chase his Olympic dream and grabbed it with both hands by becoming the first Thai fighter to seal his place in London with a remarkable run to the last eight of the World Championships in Azerbaijan last year. Inspired by fellow Thai boxer Somjit Jongjohor’s heroics in Beijing four years ago when he won the gold medal at the age of 33, Kaew is determined to make the most of this belated Olympic opportunity.

In fact, Kaew even sought advice from Somjit for his fight against the Bulgarian who produced an upset win against world silver medalist Shin Jonghun of South Korea in the previous round.

“I advised him to box in the same style as in the previous bout, keeping a tight guard and trying to land combinations before going for body shots,” said Somjit.

With two other Thai boxers, Chatchai Butdee and Sailom Ardee, already eliminated in the flyweight and lightweight divisions, respectively, Kaew is now the only one who can salvage the country’s campaign in the sport, in which they have claimed a medal at every Olympics since 1976. The only time they failed to do so was in 1980 when Thailand boycotted the event in Moscow.

PHUKET: Rangsiya Nisaisom, who, last year, emerged as the first world champion ever in Thailand taekwondo history, fell at the first hurdle of the women’s 57kg class in the London Olympic Games today.

She went down 1-4 to the top-seed and current Asian champion Tseng Li-Cheng from Taiwan.

Despite the loss, the 18-year-old from Chon Buri still has a chance to be pitted in the repêchage for a bronze medal on condition that Tseng continues her winning streak to book a berth for the final.