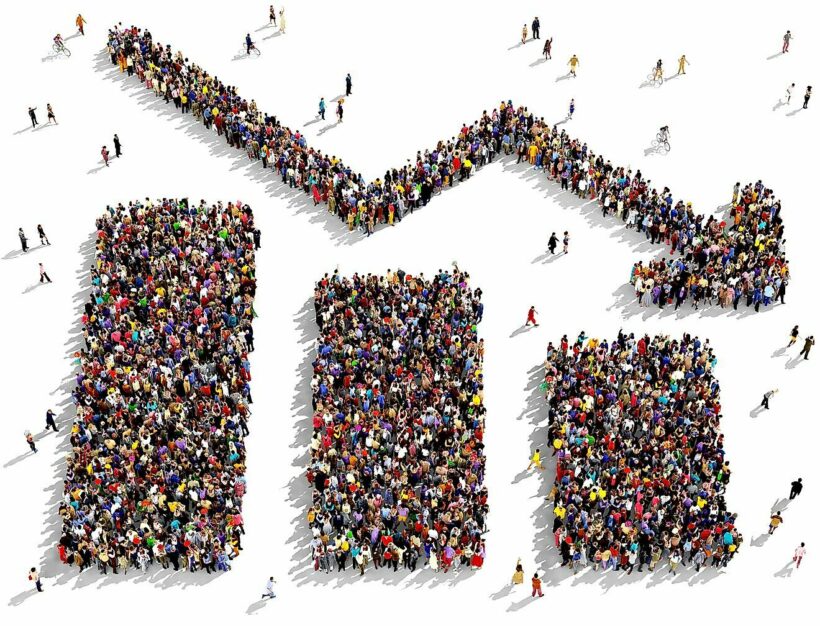 PHOTO: The official population of Thailand is lower than previous estimates. (via World Atlas)

An announcement formally published in the Royal Gazette on Wednesday stated that the official population of Thailand as of December 31, 2021, is 66,171,439. That figure is a bit under 1% of the world’s population. Of that population, just 973,656 of those people are not Thai nationals while the vast majority, 65,197,783, are native to Thailand.

The data of Thailand’s population was collected and determined by the Central Domicile Registration Office, and the director of that registration office signed the declaration on January 7. As is standard in any official law, regulation, or declaration in Thailand, it must first be published in the Royal Gazette to be considered fully official, and that publication was done today.

Bangkok, by far the most populous province in Thailand, recorded 5,527,994 people officially residing in the mega-city. The top 5 most populated provinces reveal that the Northeast and North of Thailand is far more populated than the South and West of the country.

The Northeastern provinces of Nakhon Ratchasima, Ubon Ratchathani, and Khon Kaen were second, third, and fourth with 2,634,145 people, 1,868,519 people, and 1,790,863 people respectively. The fifth most populated province is the Northern province of Chiang Mai with 1,789,385 people living there.