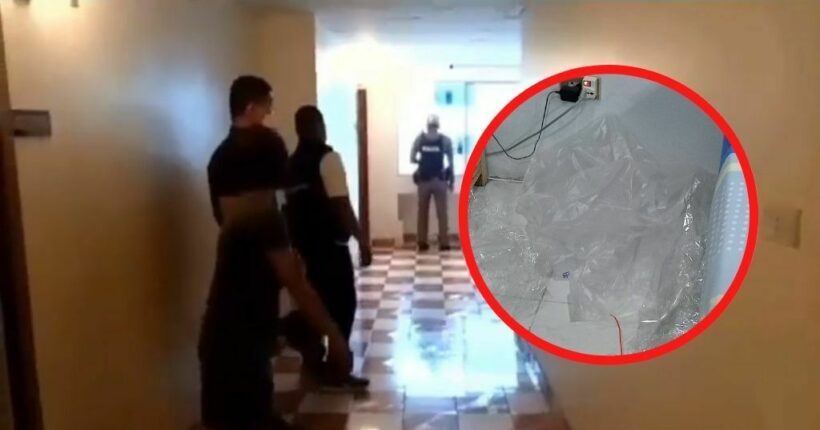 Police in Pattaya are investigating the death of an 80 year old American man who was found lying in bed with a plastic bag covering his head. Officers also note that the door to the safe was left open. Investigators will review surveillance camera footage from the condominium to determine if anyone entered his room.

The elderly expat had lived in Pattaya for more than 20 years, according to reports in Thai media. When a staff member at the condominium on Soi Pattaya 13 noticed the expat had not been out of his room to go to the shop nearby or pick up his order of food as usual, the staff decided to check on him. She knocked on his room on the sixth floor. When he didn’t respond, she asked a security guard to open the room.

Officers say there were no injuries or signs of foul play. Police suspect the death may have been suicide, but are still investigating to determine if anyone was involved. Medical examiners will conduct an autopsy and officers will review CCTV footage.

Pinetree
On 3/28/2022 at 1:10 PM, HolyCowCm said: Anyway let him have a safe journey. To where? The guy is dead and gone, there is nowhere to go to.
Vigo
I doubt there was an actual safe. There may have been one of the small " valuable storage boxes" but that's it. These boxes are neither secure nor classified as a "safe". Youtube has many videos on how easy they…

Noble_Design
1 hour ago, Mandy said: It wasn't! Yes, it's a shame that wonder woman has to die to early into the film
HolyCowCm
54 minutes ago, Pinetree said: To where? The guy is dead and gone, there is nowhere to go to. Moving in to his little spirit house?