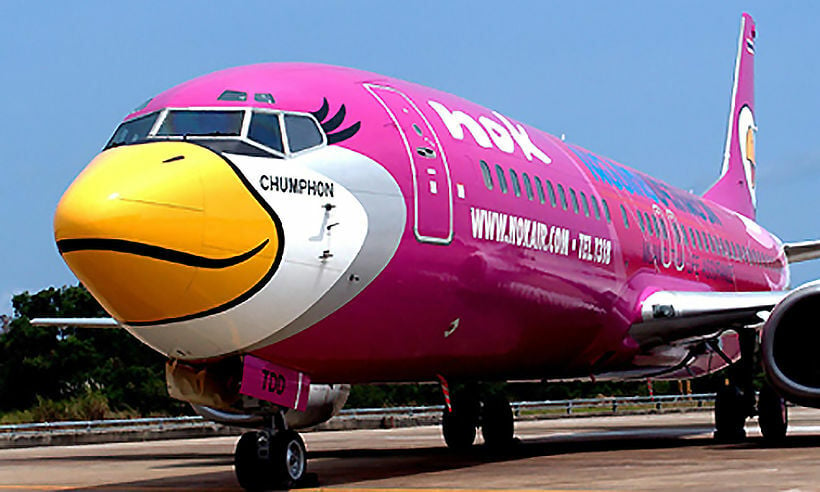 I just need a little help from my friends. That’s the song Thailand budget airline Nok Air is singing, as it calls for additional support to cover its operational costs, in order to continue servicing its Betong and Nakhom Ratchasima flights. The news comes just days after the beleaguered airline signed a memorandum of understanding with local tourism agencies to resume flights to Betong beginning April 29.

The misfire to launch a new airport at Betong and flights into Southern Thailand is now in rescue mode with Not Air looking to the southern tourism organisations and travel agents to help make the new airport and route work.

According to the agreement, Nok Air will resume flights for a period of 3 months, during which tourism operators have pledged to sell 2,500 Betong tour packages and fill 70% of each flight — or 60 of 86 available seats. But with the first flight just weeks away, the airline wants a bit more help getting to the starting line.

Now Nok Air has asked for a slew of fee waivers, including the landing and parking fees to the Airports of Thailand, which operates the capital’s Don Mueang and Suvarnabhumi airports (as well as 4 others), as well as the Aeronautical Radio of Thailand’s navigation fee, and the passenger service charge, the Bangkok Post reported.

Currently, the airline is paying just 20% of the landing and parking fees for the Betong-Bangkok route to Don Mueang airport. The reduced fee was granted by the Department of Airports, which oversees the Betong airport. Besides that, no other airport authority has given Nok Air a helping hand to restart its Betong flights, according to the airline’s chief executive Wutthimpum Jurangkool, who said they’re still waiting for government assistance.

Operating flights to and from Betong airport presents a big risk for airlines, if they’re unable to fill enough flights to turn a profit. The new airport has been pegged as Thailand’s potential new travel hub of the south, connecting with Phuket and Hat Yai, as well as opening future international routes to neighbouring Singapore and Malaysia (the airport is only 10 kilometres away from the Malaysian border), by which cargo flights could export local produce such as durian. Officials also hope to eventually attract tourists from Malaysia and Singapore, which would further bolster southern Thaland’s economy.

But before any of that can happen, Nok Air needs a little more help from its friends. In addition to the various fee waivers, Wutthimphum suggested that the Ministry of Finance extend the nation’s excise tax on jet fuel, which is set it a 0.2 baht a litre, until the end of 2022. He also said that without support from the government, the airline would be unable to begin its Nakhom Ratchasima-Chiang Mai flights in July.

FDA approves protein-based Covovax vaccine for emergency use in Thailand