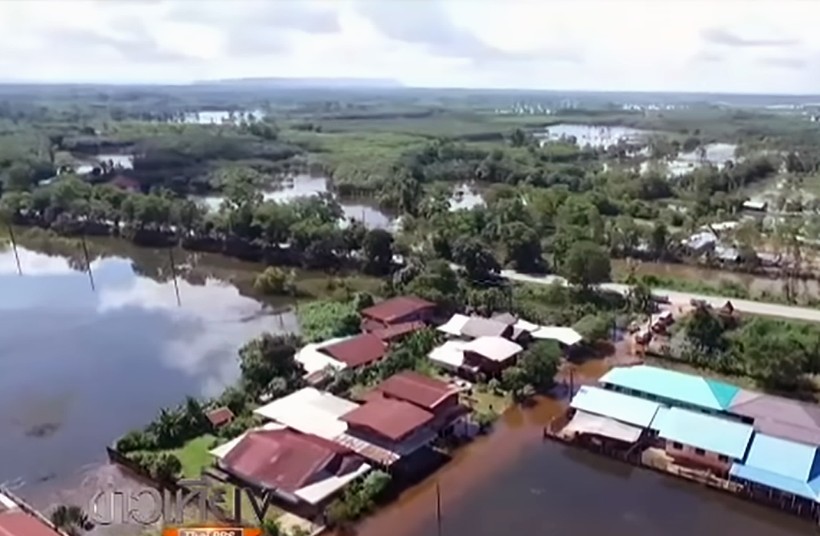 Heavy rains continue to plague parts of Thailand with one of the wettest wet seasons in record.

Seventeen provinces in all regions of the country are being warned to prepare for torrential rain from today until Wednesday, “which may trigger floods in few areas and exacerbate the situation” in areas already inundated and recovering from last month’s heavy rains.

Thai PBS reports that several areas have already been being affected by overflows of water from major rivers such as Pasak River in Phetchabun and Prachin Buri River in Prachin Buri, he said.

At the same time, two large dams in Kanchanaburi will have to scale up draining excess water, which may cause worse flooding in the low-lying areas after these dams.

Vajiralongkorn Dam in Thong Pha Phum district will discharge 5 million cubic metres more of water per day, while Srinakarin Dam in Si Sawat district will increase the rate of water releasing by 6 million cu/m per day.

Several areas in Tha Uthen district of the northeastern province of Nakhon Phanom have been being flooded for close to a month now. More than 100 families are being affected and supplies of food there are reportedly running out.

The military is speeding up transporting by boat more flood relief to affected people. Floodwaters climbed over 1m in certain areas of the district including tambon Chaiyaburi.