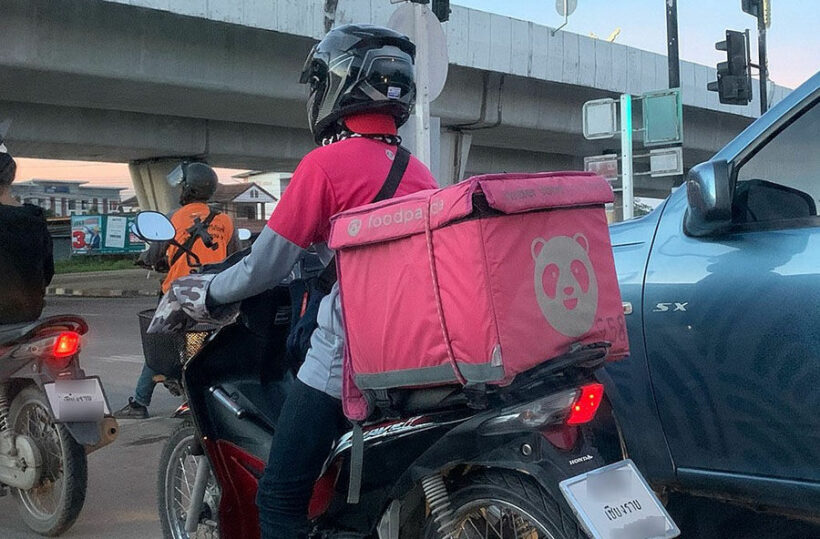 A woman has shared a screenshot of a message she received from a Foodpanda driver telling her she should wear a bra. The post has since gone viral, sparking outrage among Facebook users.

“Customer when you come out to pick up your stuff, please wear a bra. I don’t feel comfortable (if you don’t wear one).”

According to a Bangkok Post report, the driver was referring to an incident in which a woman collected her order from him without bothering to put a bra on first. The incident has been heavily criticised on social media, with users pointing out that many women opt not to wear a bra at home in order to be more comfortable.

“Whether a woman chooses to wear a bra or not, that is her personal right. It doesn’t mean anyone can harass or humiliate her.”

However, other food delivery riders have chimed in to defend the driver, with some (possibly deluded) individuals accusing women of going braless to seduce them. And in what some might see as a spectacular example of victim-blaming, drivers have urged women to better protect themselves against the threat of sexual violence.

The Bangkok Post reports that Foodpanda has issued a statement of apology and said the matter will be investigated and the driver will face consequences. However, many say this does not go far enough, with the authorities and women’s rights groups saying such companies need to screen their workers properly.

Supensri Puengkoksung from the Social Equality Promotion Foundation says the driver’s attitude is a reflection of the root cause of sexual harassment in Thailand. She says sexual attitudes remain unequal between men and women, with many men having never been taught respect in matters related to sex. She adds that the apology from Foodpanda doesn’t go far enough and the punishment given to the rider must be strong enough to act as a deterrent for other drivers.

Meanwhile, Kissana Phathanacharoen from the Royal Thai Police says food delivery drivers who harass customers face jail time of a month and/or a 10,000-baht fine. Drivers who share photos of customers online could get up to 5 years in prison and a 100,000-baht fine. He has urged customers to report such incidents to police.

KaptainRob
4 minutes ago, AlexPTY said: Panda was in trouble before, looks like they don't require much of IQ from their drivers.  Unfortunately they're not all former ThaiAirways pilots, they just drive like it!

MrStretch
1 hour ago, Guest1 said: Isn't there still the law in place, in Thailand which requires EVERY female over the age of 12, to wear a bra in public? Even if there were, she was at home. The story doesn't…

Guest1
1 hour ago, AlexPTY said: Panda was in trouble before, looks like they don't require much of IQ from their drivers.  And if they would, with no/few employees there wood be no/less Panda/s, right?

Guest1
28 minutes ago, MrStretch said: Even if there were, she was at home. The story doesn't say she was topless.  I think PandaBoy is in the wrong here.  He reminds me of a Muslim leader in Malaysia who complained when…

dmacarelli
What can one even say? He sounds like a poorly adjusted prude of some sort. Maybe a virgin, or an ecclesiastical student, trying to remain celibate? No matter, people like this simply need to be ignored. Suspending him was a…

Campaign to encourage pregnant women to get vaccinated starts