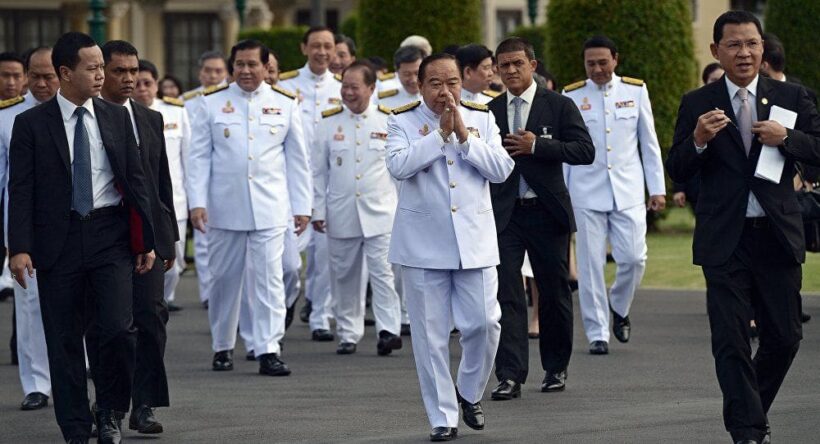 Deputy PM and Defense Minister Gen Prawit Wongsuwan says he’s confident the election roadmap will not be altered as the NCPO ponders the possibility of lifting political restrictions.

Gen Prawit says the NCPO will hold a meeting this month to discuss the withdrawal of its order outlawing political movements and activities. Deputy PM for Legal Affairs Wissanu Krea-ngam, will be the one presenting the NCPO details of the restrictions that will be revoked.

According to Gen Prawit, a total of six restrictions will be tabled at the meeting.

Their withdrawal will allow political parties to prepare for primary elections and the Election Commission (EC) to determine electoral constituencies. However, Gen Prawit said political advertising and election campaigns are not allowed at the moment.

He also finished by saying that the NCPO will continue to monitor political movements after the lifting of political restrictions in order to maintain peace and order as the country heads into the general election.

The PM last week said the earliest the election could be held was February 24 but it should be as late as May next year.

She gambled. She lost.