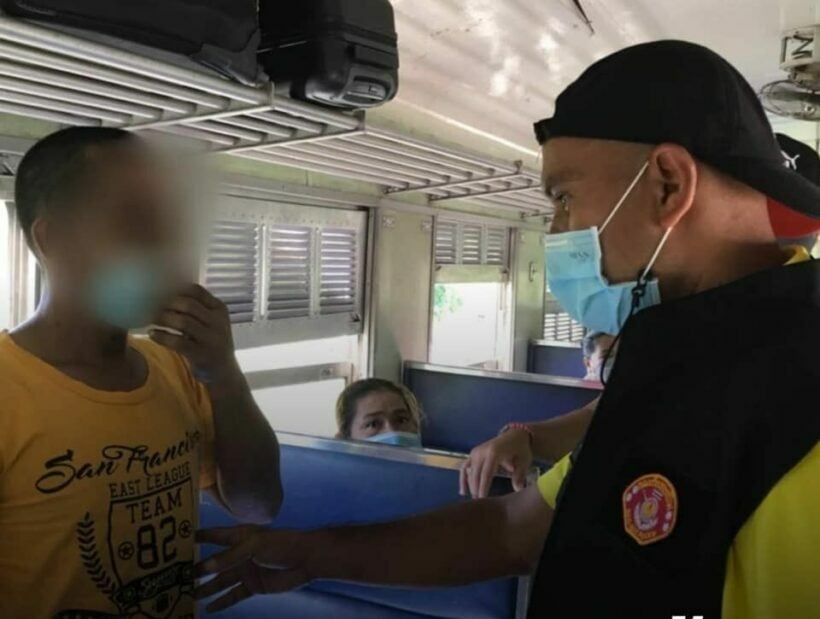 A man who slashed a relative for not helping with car payments has been caught on a train in Nakhon Si Thammarat.

An arrest warrant had been out for Kitiphong since November of last year for attempted murder.

Kitiphon was arrested on a train in Nakhon Si Thammarat. He allegedly confessed to the slashing. According to the police, Kitiphon was supposed to make a car payment and when he failed to do so the car financer demanded payment, but his family did not help. Thus, Kitiphon became enraged over his predicament and slashed the family member in the mouth.

After the alleged slashing of the family member incident, the suspect fled to Yala, but travelled throughout the South, working. It was not stated what he did for work.

He is now in police custody and awaits further legal proceedings.

TobyAndrews
And probably did not have a train ticket either. Nice bit of work though by the boys in brown catching him.