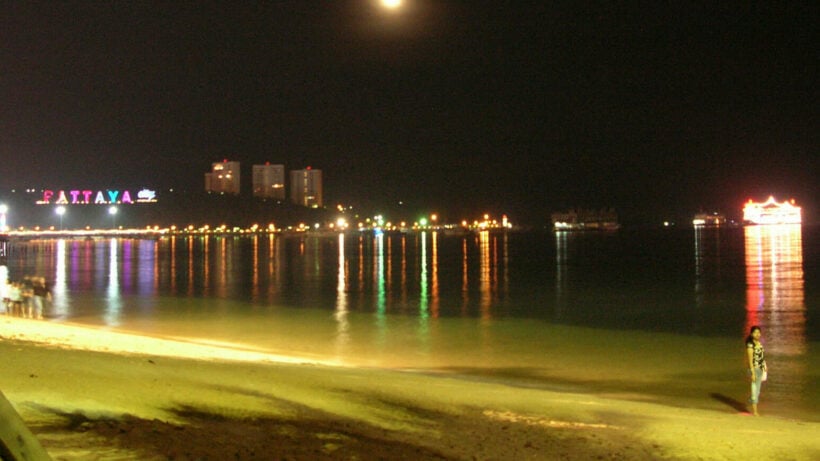 Yesterday in Pattaya, a Russian national reported that he had a white-gold necklace valued at 20,000 baht stolen by what he believes were 2 prostitutes.

Around 8 pm Monday, 38 year old Dennis Nidovacom filed his police report. Pattaya police then went to the scene that was located close to a shopping centre on Beach Road.

With the aid of an interpreter, Dennis said that he was walking near Pattaya Beach when 2 women, who he believes were prostitutes, approached him and tried to hug him and offer him sexual services. He refused the prostitutes offer of sexual services and walked away.

However, he says he later realised his white-gold necklace was gone and thinks the 2 women are the culprits.

Currently, Pattaya police are looking into the matter by going over CCTV footage to locate the suspects for further legal proceedings. Police are warning the public against wearing visible jewellery in Pattaya.

Last month, a German national said he believed a prostitute in Pattaya pickpocketed him.

billywillyjones
So this man is saying there are prostitutes in Pattaya.  How ridiculous. The boys in brown put an end to that when they visited Soi 6 and concluded there was no prositution.  What a silly claim he makes:)

Poolie
9 minutes ago, billywillyjones said: So this man is saying there are prostitutes in Pattaya.  How ridiculous. The boys in brown put an end to that when they visited Soi 6 and concluded there was no prositution.  What a silly…

billywillyjones
1 minute ago, Poolie said: Yes, that would have been funny a year ago. I guess it didnt age well. Have a lovely day. And you are?

Poolie
3 hours ago, billywillyjones said: And you are? I'm Poolie. Pleased to meet you.
Marc26
On 9/4/2021 at 5:28 PM, JamesR said: Well, there are lots of Thais in good university in the UK, Australia and the USA just to name a few countries, they are just as capable as the rest of us, there are…