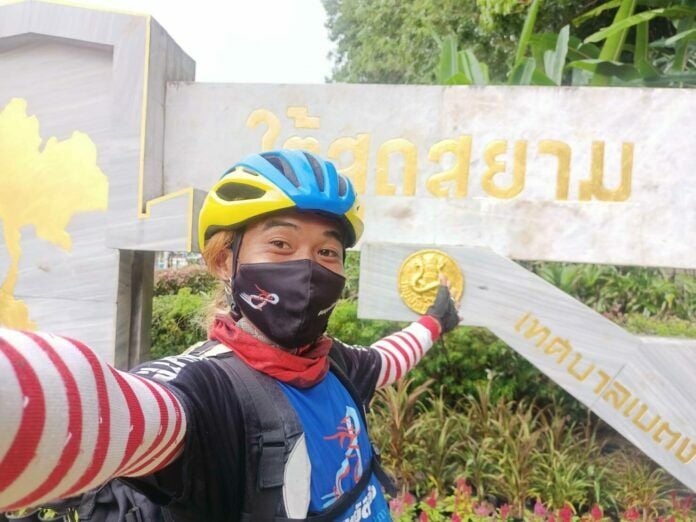 A Thai man set a new record on Sunday by becoming the first person in the world to rollerblade from the northernmost to the southernmost tip of Thailand. The man’s journey from Mae Sai district in Chiang Rai to Betong district in Yala covered 2,051 kilometres and took 55 days. People have famously run the same route and many Thai’s have driven the north/south journey, but never on a pair of rollerblade skates.

Jitreuk Narat said the aim of his arduous journey was to set a new record, promote tourist destinations along the way and inspire more people to take up rollerblading. The 25 year old rollerblading teacher says that people have walked, ran and cycled the journey before, but no one has ever rollerbladed across the kingdom.

Jitreuk set off on March 1 with a backpack containing only spare clothes and rollerblade parts, expecting that if he travelled at 15 – 30 kilometres per hour, he could cover 1 – 2 provinces every day.

Kind people that Jitreuk met along the way provided him with food, water and shelter. He said if he found accommodation, he would sleep there, but if he didn’t, he would find a Buddhist temple and ask to sleep there.

“When I passed through tourist attractions, I would stop and take pictures to promote that place on social media, especially in the southern border provinces which have beautiful natural attractions e.g. the sea, waterfalls and mountains. The people I met along the way were so good-natured and considerate. People provided me with food and water. It wasn’t as scary as people may think.”

Jitreuk has been rollerblading since he was a child and is now a teacher at a rollerblading academy in Nakhon Pathom province. He said he has a passion for extreme sports.

After arriving in Betong on Sunday, Jitreuk said the first thing he would do is stop and rest. Then, he will rent a motorbike and visit Yala’s famous tourist attractions like the skywalk, Betong Hot Springs, the Winter Flower Garden, the Ten-Thousand-Flower Garden and the Piyamit Tunnel. He said he planned to go sightseeing in Yala city, take “chic photos”, look at street art, visit Betong Mongkolrit Tunnel and sample some of Betong’s famous foods.

Then, Jitreuk will take a bus to Yala city to meet a group of fellow rollerbladers. He will continue on to Hat Yai airport and finally finish his journey in Bangkok.

At least he did the journey from north to south, so it was mostly downhill! 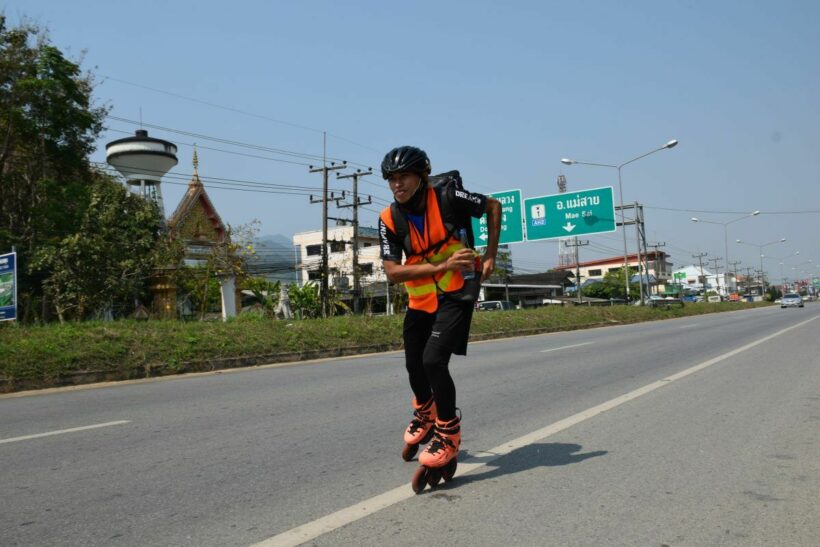 DoUKnowWhoIAm
56 minutes ago, Thaiger said: first person in the world to rollerblade from the northernmost to the southernmost tip of Thailand How many have attempted, but died in a traffic accident?
HiuMak
Amazing....well done