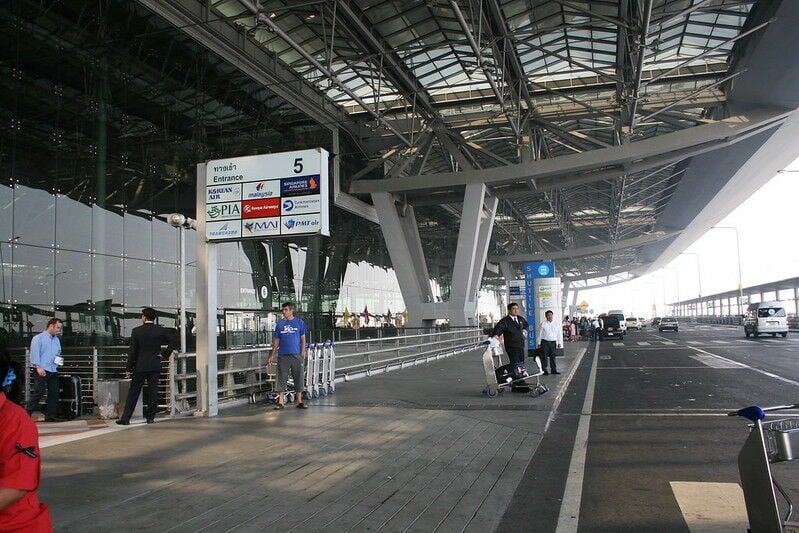 A Thai man has posted the story about his father, saying his father was a taxi driver and became ill while waiting for passengers at Suvarnabhumi Airport. He claimed the airport allowed only their ’emergency response team’ to transport his father to a nearby hospital and charged him a hefty 13,000 baht for the pleasure! He added that poor people simply didn’t have choices if getting sick at the airport.

“What if I am a poor person who doesn’t have any money to pay?”

He explained that his father became ill whilst waiting at a parking area inside Suvarnabhumi Airport on the night of April 25. People nearby called the National Institute for Emergency Medicine via a hotline 1669 to attend to the man. But the institute refused to come saying the airport was a ‘special administrative region’ that they were unable to access.

He confirmed that his father was finally taken to the nearby Sirindhorn Hospital, about 12 kilometres away from the airport. His father was treated at the hospital but died the following day. On the very same day, the airport’s emergency response team contacted him and informed him of the 13,000 baht fee that he was expected to pay for the transport of his ailing father and the first-aid given to him along the way.

“There was no choice for poor people. If you don’t have money, do not get sick inside the airport.”

Yesterday, Suvarnabhumi Airport responded to the posts and online discussion, mostly horrified by the airport’s exorbitant fees for transporting anyone sick from the airport. They noted that management didn’t have a policy to ban local rescue groups or the National Institute for Emergency Medicine team. The airport said that, in this case, the airport’s Security Control Centre received a call and immediately sent the rescue team from the Samitivej Clinic Suvarnabhumim (private in-house medical contractor) to attend to the patient.

The airport emphasised that the rescue teams from many organisations have been allowed to work on emergencies or accidents inside the airport area all the time.

Vigo
Perhaps it is time to look at the Samitivej Clinic Suvarnabhumim (private in-house medical contractor) schedule of fees and compare them to other Bangkok hospitals. Then, once it is established they are charging more, someone should ask if it is due…
Ramanathan.P
Now tourists have to wait and see what will happen after 1st May......
oldschooler
28 minutes ago, Thaiger said: A Thai man has posted the story about his father, saying his father was a taxi driver and became ill while waiting for passengers at Suvarnabhumi Airport. He claimed the airport allowed only their ’emergency…
Fanta
lol… equal pricing for tourists and locals alike. Love it!
alex12345
On 4/27/2022 at 12:07 PM, Fanta said: lol… equal pricing for tourists and locals alike. Love it! Must have been a shock, it's the typical charging while his father just died that doesn't surprise me. Do these guys ever learn…