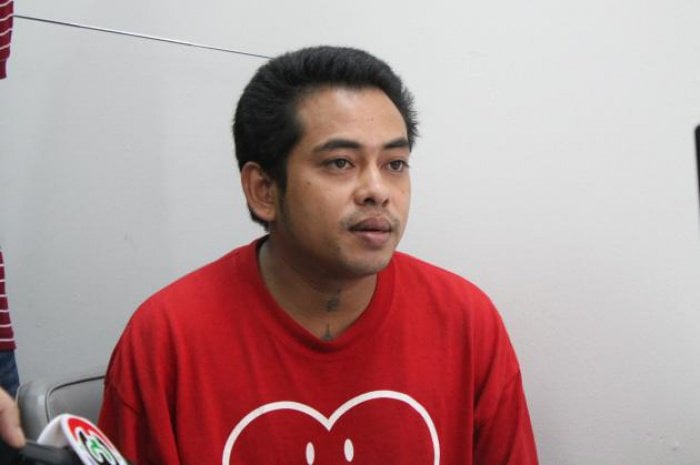 PHUKET: A man was arrested yesterday for violently assaulting his two-year-old stepson, who later died of his injuries in Klong Sam Wa district.

The incident was caught by a surveillance camera.

Former truck driver Anont Phimnoo, 28, said he regretted attacking the unnamed boy, and did not think “the issue would turn serious”.

He said he had apologized to the mother of the boy, Suphanon Tawisut, 22, and would not speak further on the issue.

Mr Anont is in police custody after he failed to raise the 200,000-baht bail. Police said a drug test on Mr Anont came back negative.

Ms Suphanon said her son was crying when Mr Anont brought him back to their apartment in Makkasan. He fell unconscious before she could get him to a doctor and died 10 minutes before arriving at a hospital. She said Mr Anont told her the boy fell in the stairway and she believed him at first.

Ms Suphanon’s relatives became suspicious and contacted the apartment building’s management in an attempt to get more information before filing a complaint with police, who obtained the CCTV footage on Friday and liaised with Makkasan police before they charged him with assault leading to death.

The CCTV footage revealed that Mr Anont had kicked the boy’s body and slapped his face several times in a fire exit stairway.

The attack took place on Monday night, with the CCTV footage of the assault going viral on social media on Saturday night.

He was arrested yesterday in Kamphaeg Phet province where it is understood he was hiding.

Ms Suphanon said Mr Anont was a violent man when drunk, and that he drank more frequently after he lost his job as a truck driver.

She said she ended their relationship after she saw the CCTV footage. Assault leading to death carries a prison term of three to 15 years.