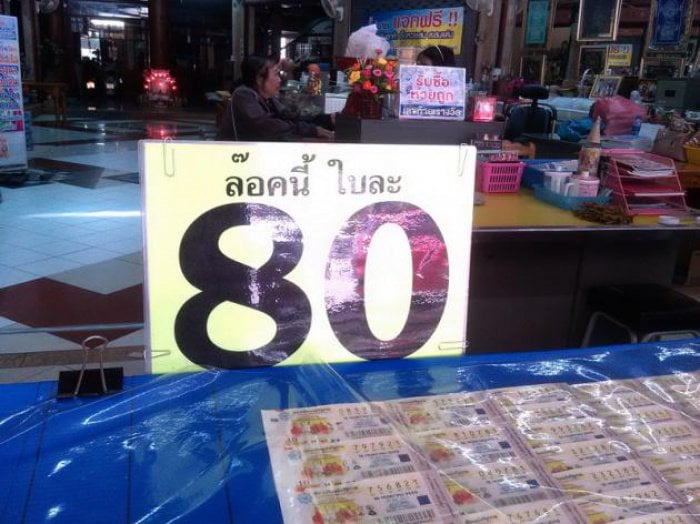 PHUKET: The government says its move to try and solve the problem of expensive state lottery tickets is a bid to control so-called “gray money”.

The so-called “gray money” earned from selling the tickets above 80 baht apiece might have been used in other illegal activities or support activities that could have damaged the country, deputy government spokesman Sansern Kaewkamnerd said yesterday.

Sansern said that Prime Minister Gen Prayut Chan-o-cha’s decision to replace the Government Lottery Office’s board on Friday night by invoking Article 44 of the provisional constitution was designed to boost the agency’s management efficiency.

The change should enable better regulating of lottery ticket sales and appropriate prices, he said.

As part of a government order issued on Friday night, people caught selling overpriced lottery tickets will be subject to up to one month in prison and/or a fine of up to 10,000 baht from June 16.

Many lottery vendors in Chiang Mai said yesterday that they disagreed with the order because they thought it was not tackling the problem at the root cause.

They also said that selling lottery tickets for 80 baht may result in |no profit, meaning they may have |to find other jobs.

Parakorn Khamdech, president of the Chiang Mai Association of the Blind, said the government should solve the problem at its root cause and consider the feasibility of |selling tickets for 80 baht and the |vendors’ profits because the association bought tickets at 7,400 baht per book for a profit of only 7.4 baht per ticket.

If tickets were sold at 80 baht each, the profit would shrink to 5 baht, he added.

Vendor Chanthalak Boonnoon, 56, said she felt tired and wondered why the government didn’t think about the vendors’ well-being too.

“If we sell at Bt80 per ticket, where will we get a profit from?” she said. “These days we only get 5 baht to 10 baht in profit from selling tickets.

“If we don’t get this kind of profit, what is the point of continuing in this business, in which we would only suffer losses?”

She urged the government to come up with a clear system that is practical.

In Udon Thani, many lottery shops on Prajak Silpakhom Road in Muang district are quieter than usual these days as only a few vendors sell the May 16 round of lottery tickets.

Vendor Sunee Wisaleewat said she didn’t dare put the tickets – which she bought from a supplier at 80 baht per ticket – on sale for between 90 baht and 100 baht because it might result in severe punishment from the government.

She wants the government to solve the problem of inflated ticket prices without hurting vendors.